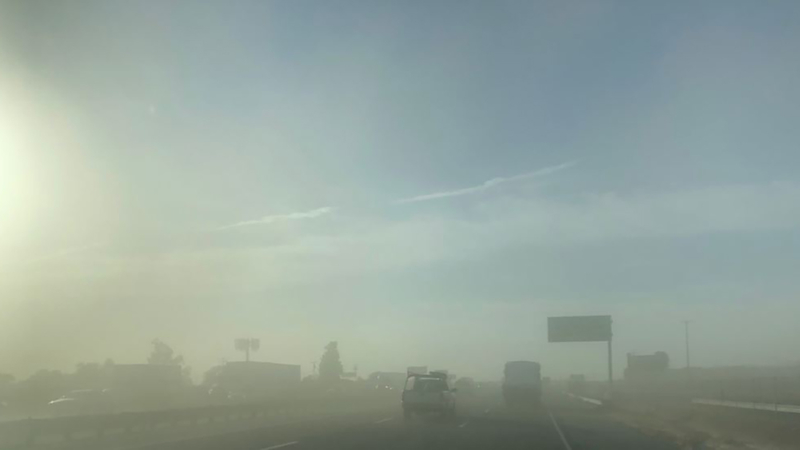 The blaze, dubbed the Water Fire, erupted around 7:20 a.m. in the 26000 block of Water Avenue, according to Cal Fire.

At least one structure was burned and several others were threatened, fire officials said. The extent of structural damage was not immediately released.

There was no immediate reports of injuries.

Firefighters were battling against 40 mph winds in the area with single-digit humidity forecast throughout the day.

Santa Ana winds, possibly the strongest of the season thus far, were expected to bring gusts up to 80 mph Wednesday.