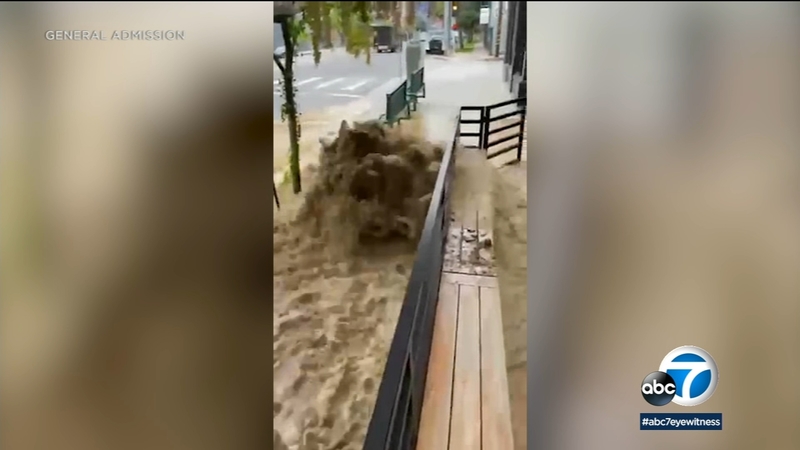 Water back on after main break prompts street flooding

HOLLYWOOD HILLS, LOS ANGELES (KABC) -- Crews continue to work on repairs after a water main break sent a torrent of water down Cahuenga Boulevard in the Hollywood Hills Monday afternoon, prompting a response from the Los Angeles Department of Water and Power department.

According to an update issued Tuesday morning, water service has since been restored, but crews are working to repair the sidewalk. The work is expected to continue through Tuesday afternoon, LADWP said.

AIR7HD was over the scene around 4 p.m. on Tuesday as brown water gushed along the sidewalk near Cahuenga and Oakshire Drive in the Cahuenga Pass, near Universal Studios.

At least one parked car was seen partially flooded, but the flooding appeared to only impact one lane of the road , and most of the cars driving down the street were unaffected by the gushing water.

The water swiftly moved down Cahuenga Boulevard for nearly a mile, from Oakshire and almost reaching Vineland Avenue.

A muddy mess was left behind, impacting businesses in the area. A rush of brown water sped down just outside the General Admission restaurant, and some of that water flowed into the business.

A water main break sent a torrent of water down Cahuenga Boulevard Monday afternoon, prompting a response from LADWP crews.