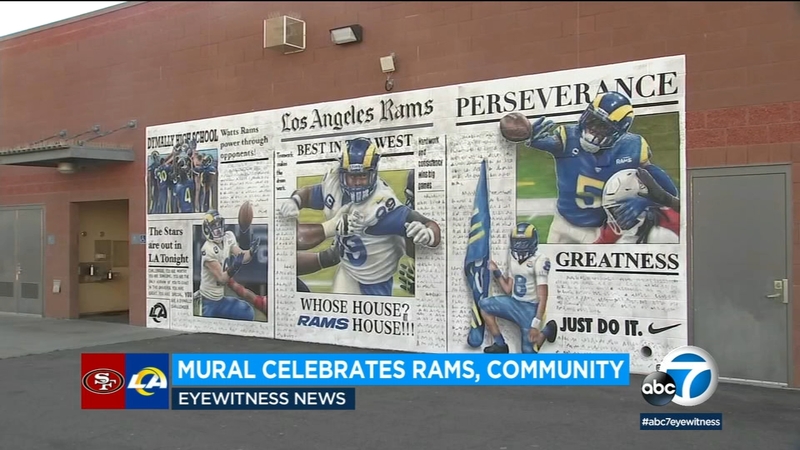 In 2013, the Watts Rams, originally founded as the Watts Bears, was started by LAPD officers in the Southeast division with a goal of providing mentorship and positively impacting the youth in the community.

In 2019, the Rams took on a sponsorship role for the program and have been supporting the young players ever since. On Friday, the Watts Rams were rewarded for their many accomplishments.

Along with the mural they also got jerseys and t-shirts courtesy of Nike. But the best part of the surprise is when Rams player Odell Beckham Jr. joined the unveiling virtually to present 19 Watts Rams players with Super Bowl tickets, provided by the NFL.

Emotions were high among the players after receiving the Super Bowl surprise and seeing their faces painted on the wall.

"It means girls can do anything, powerful. It makes me feel confident in myself," said Andrea Castillo, who was featured in the mural.

"When I saw my face up there," said Noah Williams looking at himself in the mirror. "It's a blessing just to be on the wall for a long time, and man, it's just an honor."

"That was crazy, when I was talking to Odell I was literally shaking in the moment. I couldn't believe it," said Evan Williams about the surprise virtual visit from Odell Beckham Jr. "Super Bowl tickets, Super Bowl! Honestly, I'm thankful. Super thankful. I'm blessed."

The young players were gifted the Super Bowl tickets as part of a season long incentive program with the NFL.