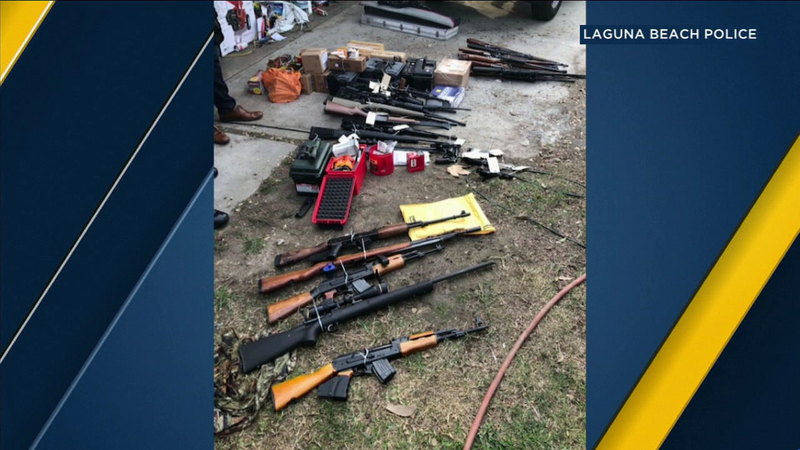 Man arrested after cache of weapons recovered from OC home

HUNTINGTON BEACH, Calif. (KABC) -- A 51-year-old man was arrested after a cache of weapons were recovered from a Huntington Beach home on Tuesday, police said.

Mitchell Todd was arrested after a search warrant was served at a home on Cambay Lane.

More than 50 weapons were found, including assault rifles. Detectives also said Nazi memorabilia was found in the home.

Laguna Beach police said only a few of the guns are legally registered and are trying to determine where the weapons came from.

Federal agencies have been alerted to the weapons bust, detectives said.

In addition, more than 200 doves were found at Todd's residence. police said he released doves at events for a living. Authorities said the birds appeared well cared for, and they will now be taken care of by a family member.

2/2 During the search detectives located over 200 doves, the arrestee releases doves for a living. The birds seemed well cared for for and will be taken care of by a family member. pic.twitter.com/LzXvawrTCF