Whittier man, 5 others charged in scheme to smuggle weapons to Mexican drug cartel 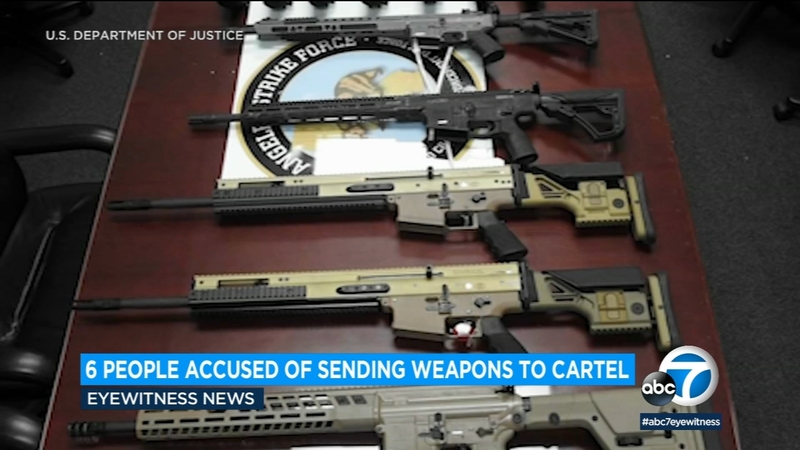 A Whittier man and five other people have been indicted in an alleged scheme to smuggle high-powered weapons and hundreds of thousands of rounds of ammunition to one of the largest and most violent drug cartels in Mexico.

Marco Antonio Santillan Valencia, 51, is the alleged ringleader of the trafficking organization, according to the The U.S. Department of Justice. Valencia and three other men were arrested last week, while a fifth is in custody facing separate charges in North Carolina and the sixth is believed to be in Mexico.

The men are accused of conspiracy to violate federal export laws by smuggling weapons into Mexico, mostly since the beginning of the pandemic, for the Cártel Jalisco Nueva Generación. Several also face other smuggling or money laundering charges.

The men used drug money to purchase legally-available weapons in Oregon and Nevada and ammunition from several states, sometimes ordering pallets of bullets for delivery to a "stash location" in Nevada, according to a statement from the U.S. attorney's office.

The operation began in March 2020 and lasted about a year, during which some items were sent to Mexico while authorities seized others, including assault rifles and several hundred thousand rounds of ammunition, including some 10,000 rounds of .50-caliber armor piercing incendiary ammunition obtained in Arizona, authorities said.

Also seized were assault rifle parts and kits to assemble miniguns, which are six-barrel rotary machine gun capable of firing up to 6,000 rounds per minute, authorities said.

"This case alleges a scheme to provide military-grade firepower to a major drug trafficking organization that commits unspeakable acts of violence in Mexico to further its goal of flooding the United States with dangerous and deadly narcotics," U.S. Attorney Tracy L. Wilkison said in a statement.