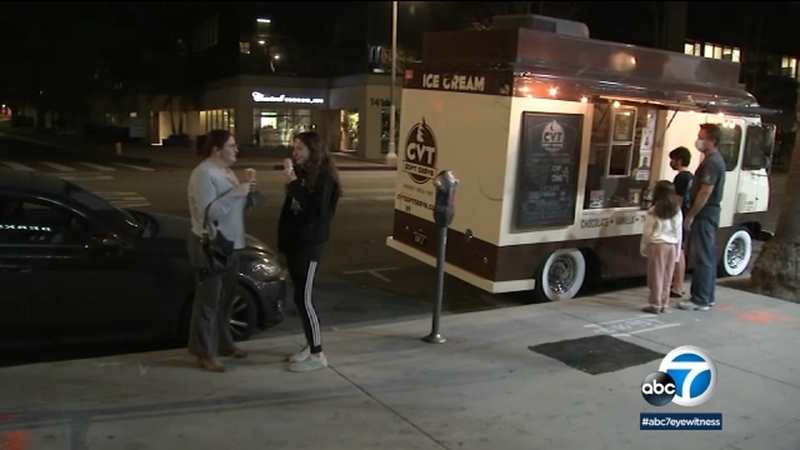 A mini heat wave in Southern California has caught many by surprise, bringing warm temperatures and elevating fire risk.

On Friday night, around 11 p.m., the temperature in Sherman Oaks was a few degrees shy of 70.

It was an unusually warm winter night in Burbank as some people wore shorts in January.

From Long Beach to LAX, Downtown L.A. to Burbank, the high temperatures broke records across the area on Friday.

"I was actually in Laguna Beach today, so it was perfect, 80-something degrees," said Marc Senate.

"I was very surprised. It was really nice compared to the cold we were having last week, so I really enjoyed it," said Stacy Kung.

The sudden increase in temperatures comes with increase fire risk due to Santa Ana winds, the dangerous conditions fueling a brush fire in the Inland Empire. The Bonita Fire has charred more than 600 acres and forced residents to evacuate.

"In the middle of January, it's gonna be 80 degrees tomorrow. And then you look on TV and Boston's going to have 2 or 3 feet of snow tomorrow, so we decided to make a late night ice cream run for everybody," said Jon Roberts.

A Red Flag Warning was in effect as a brush fire that broke out early Friday morning near Idyllwild quickly grew to 600 acres, prompting evacuation orders for local residents. The Bonita Fire is 5% contained.