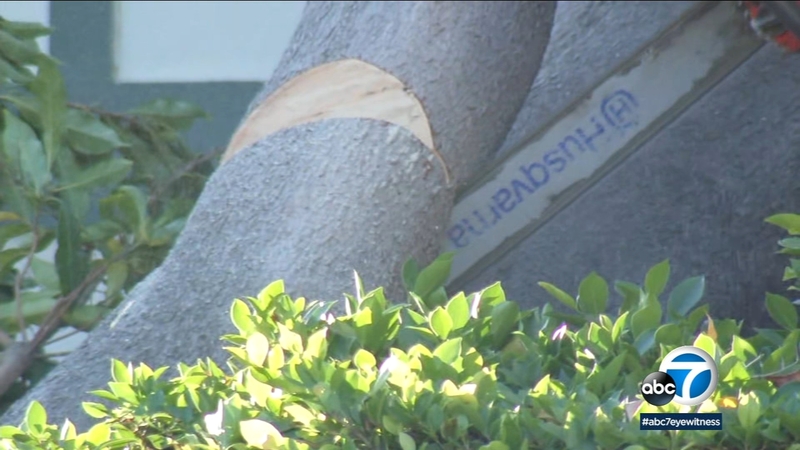 West Hollywood tree crashes onto home due to SoCal winds

LOS ANGELES (KABC) -- Strong winds turned dangerous as they whipped the Southland Thursday night, the impact causing a large tree to come crashing down onto a home in West Hollywood.

A tree was spotted leaned onto the top of the home in the 8000 block of Rosewood Avenue after winds knocked the large tree down.

Authorities said no injuries were reported.

Homeowner Juanita Sperry was outside when she heard the crash.

"I heard this loud cracking -- it sounded like a shake in the ground -- and then I heard it again and then I looked over, and it was my tree falling onto my house," she said.

Sperry said she won't know the full extent of the damage until crews can remove the tree, but she expects there will be some structural damage.

A crane is expected to arrive at about 7 a.m. for crews to start the process of removing the tree.

Thousands of people in West Los Angeles Thursday night were left without power due to the winds. The Los Angeles Department of Water and Power said about 3,500 customers in areas such as Palms and Del Rey were temporarily without electricity. Crews worked to restore power overnight.

The winds also brought down trees in the San Fernando Valley, blocking roads and even landing on or near homes.