7 couples' weddings up in air after SoCal catering company disappears 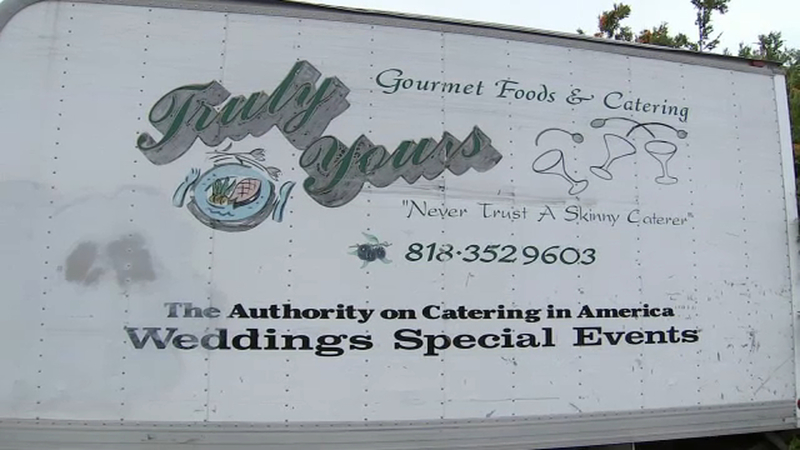 7 SoCal couples' weddings up in air after catering company disappears

DOWNTOWN LOS ANGELES (KABC) -- The weddings for at least seven couples are up in the air. They say a Southern California company they contracted with cannot be reached.

Ana Ibarra and Robert Munoz's wedding was scheduled for late this June at the Oviatt Penthouse in downtown Los Angeles. The couple learned just on Tuesday that their $17,000 wedding may not happen, and the owner of the catering company they contracted with is nowhere to be found.

"I'm hugely upset. I've been trying to call this individual. He since then has blocked me," Munoz said.

Munoz is referring to Christopher Adlesh, the owner of Truly Yours Events in North Hollywood. The office was closed when Eyewitness News visited Wednesday. Calls were not returned.

Robhana Property Management, which runs the James Oviatt building that houses the penthouse wedding venue, confirms Adlesh has been their tenant for seven to eight years but they too haven't been able to reach him.

Munoz isn't alone. At least six other couples with upcoming weddings, one this weekend, are in the dark. One of the brides received a short email saying, "We are sorry to inform you that we had an intensive medical issue that precludes being able to service your event. So sorry."

But Munoz and Ibarra haven't been contacted at all. They found out through a vendor.