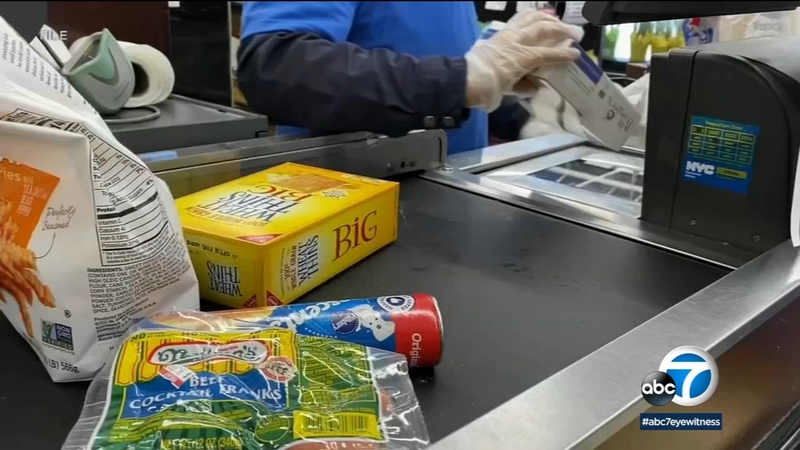 WEST HOLLYWOOD, Calif. (KABC) -- The city of West Hollywood is being sued over its so-called "hero pay" for grocery workers.

The California Grocers Association has filed a federal lawsuit challenging the city's ordinance that requires a $5-per-hour salary boost during the coronavirus pandemic.

The West Hollywood City Council voted to require large grocery stores to give employees the raise for the next 120 days.

The grocers' association claims it would lead to increased labor costs.

The group had previously filed similar lawsuits in Montebello and Long Beach.

The IRS said all 1st and 2nd stimulus checks have been sent out, leaving some wondering where their payments are.

Meanwhile, President Joe Biden's effort to raise the federal minimum wage to $15 an hour could provide a welcome opportunity for millions of the working poor.

The administration has cast its campaign to raise the minimum as a way to reduce America's vast financial inequality and help boost the economy.

"No American should work full time and live in poverty," said Rosemary Boeglin, a White House spokeswoman. "Research has shown that raising the minimum wage reduces poverty and has positive economic benefits for workers, their families, their communities, and local businesses where they spend those additional dollars."

Yet just this month, the nonpartisan Congressional Budget Office estimated that while raising the minimum wage to $15 by 2025 would increase pay for 17 million people and pull 900,000 out of poverty, it would also end 1.4 million jobs. The reasoning is that employers would cut jobs to make up for their higher labor costs.