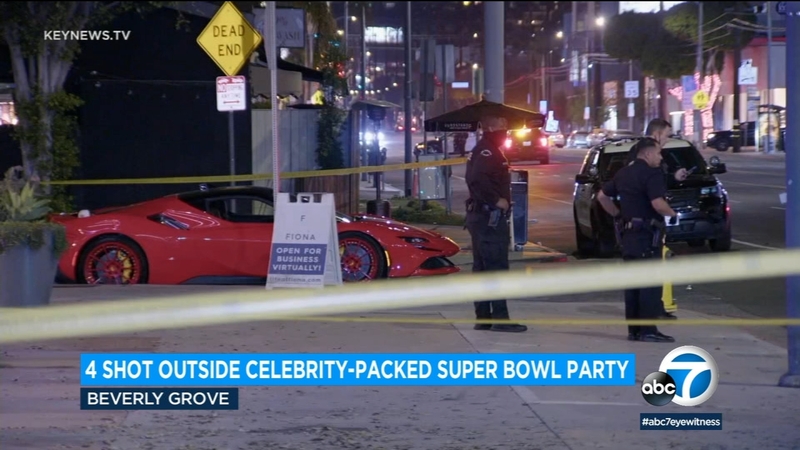 4 hospitalized after shooting outside bar in Beverly Grove area

The shooting occurred about 3 a.m. near the intersection of La Cienega Boulevard and Oakwood Avenue, according to the Los Angeles Police Department, which was leading the investigation. Los Angeles County sheriff's deputies also responded to the scene.

"Preliminary investigation revealed there was a physical altercation between several individuals at the location," the LAPD said in a statement. "Gunshots were fired by an unknown suspect, who then fled south from the location."

The injured men were each hospitalized in stable condition and are expected to survive, authorities said. They were identified only as being 60, 19, 20 and 22 years of age.

Dramatic video from a witness showed a large crowd of people disperse on the street as gunshots erupted.

Police at the scene were seen examining a red $700,000 Ferrari connected to the shooting.

The suspect, who remained at large, was described only as a male.

The LAPD initially said four people were shot, then said three were shot and a fourth was injured, before reverting to the original total of four men shot.