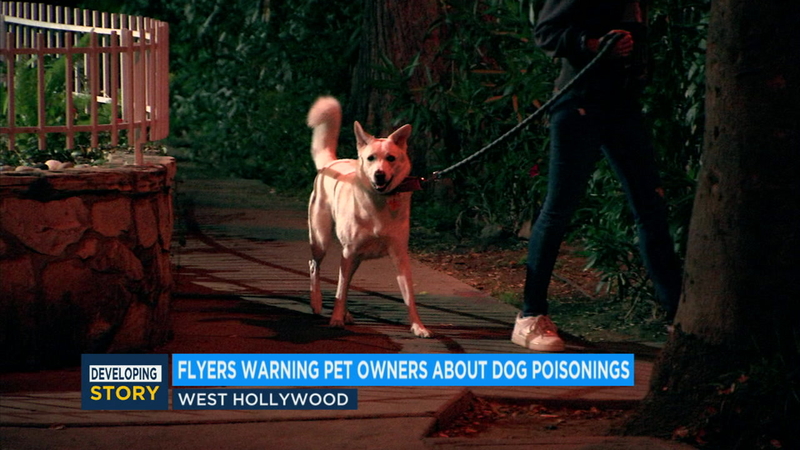 WEST HOLLYWOOD, Calif. (KABC) -- Fliers that remained posted throughout West Hollywood on Tuesday warned pet owners to be vigilant, claiming that at least seven dogs have been poisoned in the past two weeks.

According to the fliers, the symptoms of the poisonings included vomiting, fever, stroke, and seizures. How the poisonings have taken place remained unclear, and it was unclear if they were intentional.

Some dog owners said they saw a strange man tossing bread onto various lawns, but a connection between that man and the sickened animals has not been confirmed.

"I've heard people talk about it on the streets as well," said Shyon, who walks his roommate's dog, "and I personally think it's really bad."