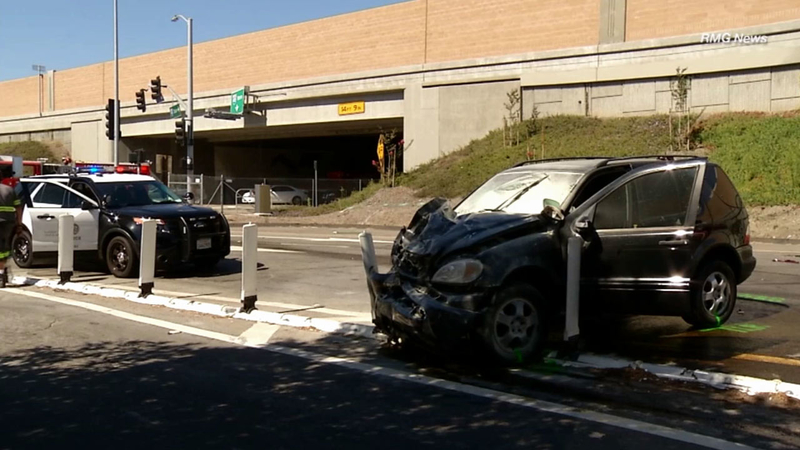 The vehicle collided with a silver SUV, which caused one of the cars to spin out and hit two pedestrians. Los Angeles Fire Department paramedics said the pedestrians are two of the four people critically injured.

A 33-year-old man, an 8-year-old girl and a 6-year-old were taken to a nearby hospital in good to fair condition, according to authorities.

Witness John Torres said he heard the crash and that the driver of the black Mercedes tried to climb over his fence.

"Once he came over the fence he's all, 'Hide me! Hide me!' Then he said there was people after him and the feds. So I was like, 'No, you're going to have to stay right here'...He wanted to go into the house to say he lived here," Torres said.

He added that the driver seemed "very out of it." Other witnesses made sure the man didn't flee the scene.