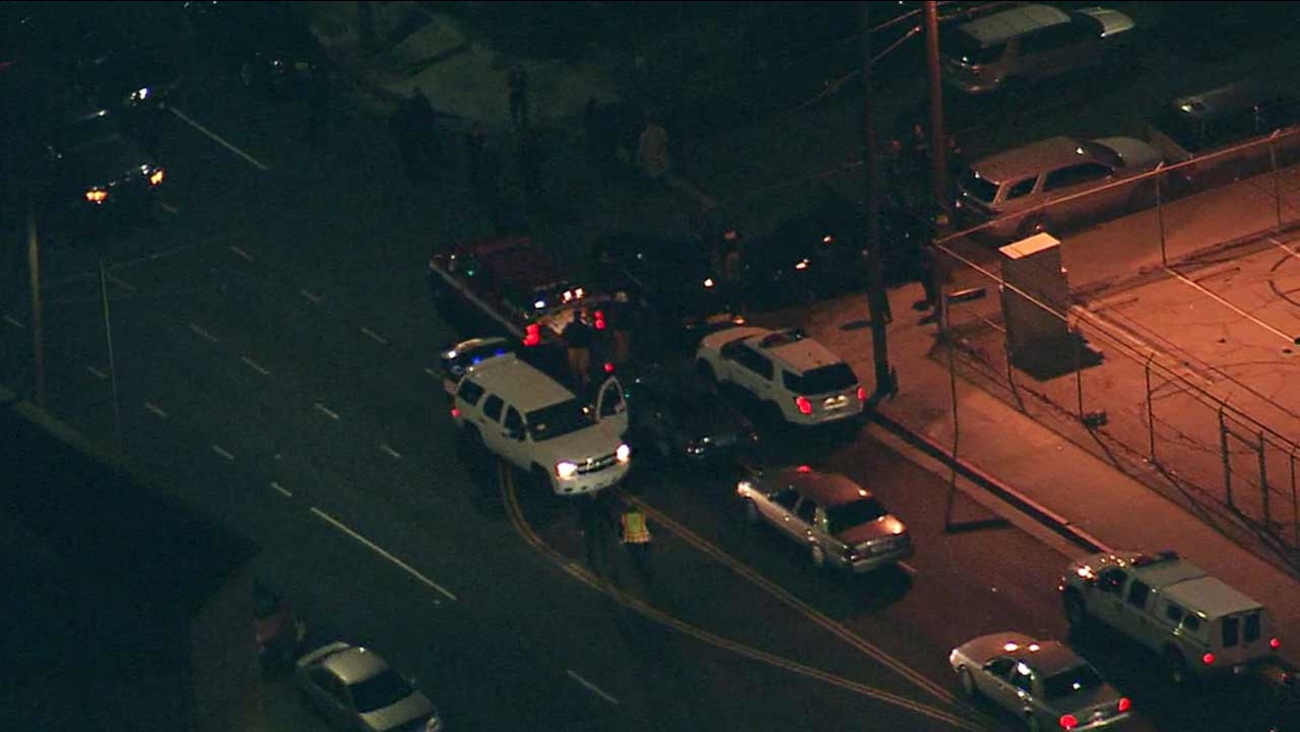 Los Angeles police and SWAT officers respond to a barricade situation near S. Hoover and San Marino streets in the Westlake District of Los Angeles on Thursday, Dec. 17, 2015.

WESTLAKE DISTRICT, LOS ANGELES (KABC) -- Two possibly armed suspects were taken into custody in the Westlake District early Thursday morning after barricading themselves inside an apartment as police attempted to serve search warrants.

The attempt by officers from the LAPD's Olympic Division to serve the warrants took place near S. Hoover and San Marino streets at about 4:55 a.m., LAPD spokeswoman Officer Liliana Preciado said.

An LAPD SWAT team was called to the scene to try and talk the suspects into surrendering, Preciado said. Residents in nearby apartment units were evacuated by police and boarded onto a Metro bus.

The suspects were taken into custody shortly before 7 a.m. after SWAT officers tossed flash-bang grenades into the apartment. No further details were immediately released.