A person has been detained after a young pedestrian was killed and another injured in a crash in Westlake Village, authorities say.
KABC 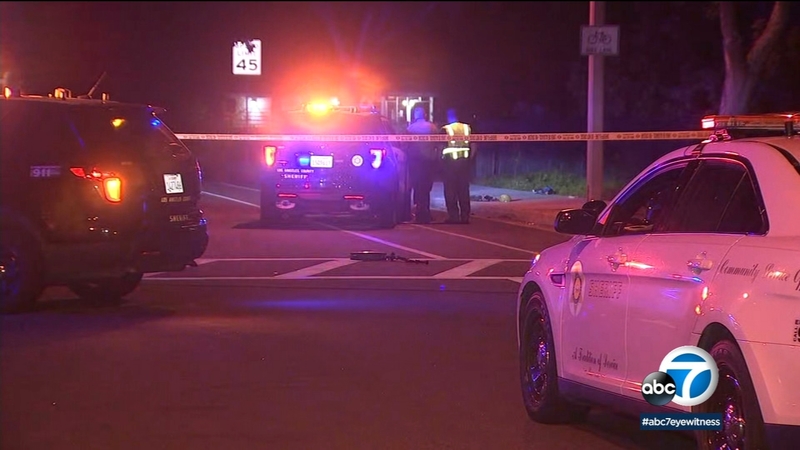 WESTLAKE VILLAGE, Calif. (KABC) -- A person has been detained after a young pedestrian was killed and another injured in a crash in Westlake Village Tuesday evening, authorities say.

The pedestrians, who were only identified as male juveniles, were struck in the area of Triunfo Canyon Road and Saddle Mountain Drive at about 7:10 p.m., according to the Los Angeles County Sheriff's Department.

One of the victims died at the scene, while the other boy was transported to a hospital in unknown condition.

Investigators had cordoned off a crosswalk with crime scene tape, and a scooter and a set of roller blades were seen nearby the crash location.

Authorities said a driver was detained. They are investigating if street racing was a possible factor in the crash.

The area of Lindero Canyon to Twin Lakes Ridge Road was closed off due to the crash.