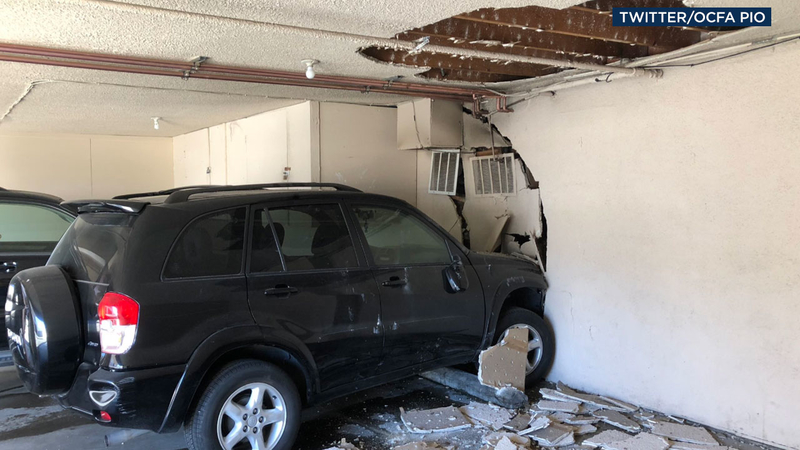 Authorities said the incident happened shortly before 11 a.m. in the 13500 block of La Pata Lane. A vehicle crashed into the water heater closet in the carport area, according to the Orange County Fire Authority.

When the vehicle crashed into the water heater, it caused a gas explosion at the complex. Apartments were evacuated and four people suffered injuries.

Westminster- OCFA on scene of an explosion caused by a vehicle into an apartment complex. Vehicle collided with a water heater closet resulting in a gas explosion. Apartments evacuated. OCFA Heavy Rescue unit evaluates the damage; Cosmetic damage only. pic.twitter.com/Iy8ergGlUe

The Orange County Fire Authority tweeted that all the victims suffered only minor injuries and that three were taken to a hospital for an evaluation, while the fourth person was treated and released at the scene.

The damage to the building appeared to only be cosmetic, the department tweeted.

It was unclear what caused the driver of the vehicle to crash into the wall.