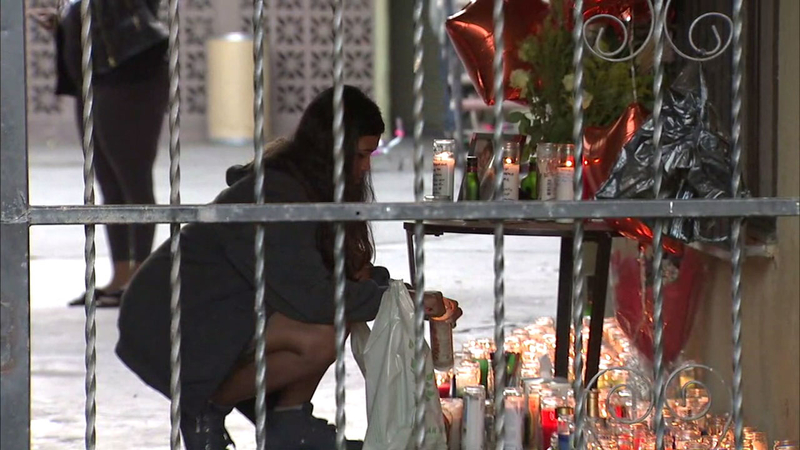 WESTMONT, Calif. (KABC) -- A 16-year-old boy was killed in a deputy-involved shooting in unincorporated Westmont on Sunday evening after authorities received a report of a young man pointing a handgun at a motorist, the L.A. County Sheriff's Department said.

Deputies responded to an anonymous call from a person who said someone pointed a gun as they drove by. It all happened about 8:15 p.m. in the 1200 block of 107th Street, where deputies located a person matching the description of the suspect, according to a news release.

Officials later released the 911 call from that anonymous person.

"When the deputies went to contact him, they saw he had a handgun tucked in the waistband of his pants," the sheriff's statement said. The teen allegedly fled and a foot pursuit ensued.

The deputy-involved shooting occurred when the teenager turned toward them during the chase, authorities said. Deputies said they saw a weapon and ordered the boy not to move, but it was then that he turned toward deputies, and he was shot.

Authorities provide an update on a South LA deputy-involved shooting that left a 16-year-old dead on Sunday.

The boy was struck "several" times in the upper body and was pronounced dead at the scene by paramedics. No deputies were injured in the incident.

The teen was later identified by coroner's officials as Anthony Weber, a Westmont resident. At a 3 p.m. press conference by the LASD, officials said the suspect was a locally known gang member.
A neighbor, who gave his name only as Des, said he and his fiancée dropped to the ground and called 911 when they heard the gunfire.

"We thought there was an active shooter because the gunshots were so loud," he said. "We didn't hear anything leading up, just the shots."

According to the LASD, another witness has confirmed the account that deputies were telling the boy not to reach for a weapon before the shooting occurred.

No gun had been recovered as of midday Monday, according to the sheriff's department.

LASD officials said there was a crowd of about 30 to 40 people at the scene of the shooting, which they said is an area known as a local gang hangout. They surrounded the deputies and expressed anger over the incident. As deputies tried to maintain control of the crowd, they believe someone took a gun from the teen's body, officials said.

Westmont community leaders, including activist Najee Ali, also spoke at an afternoon press conference near the shooting scene. They said Weber was not armed and asked for "transparency" and "accountability" from deputies.

The teenager's mother, Demetra Johnson, briefly spoke, saying her son was good brother and a wonderful father to his 9-month-old daughter, Violet.

"He didn't deserve this. He don't have that kind of heart that deserves this kind of killing," the upset mother said.

The mom of a 16-year-old fatally shot by deputies in South LA says her son was a wonderful father to his 9-month-old daughter and didn't have "the kind of heart that deserves this kind of killing."

Community leaders are organizing a vigil for the teen Monday evening.