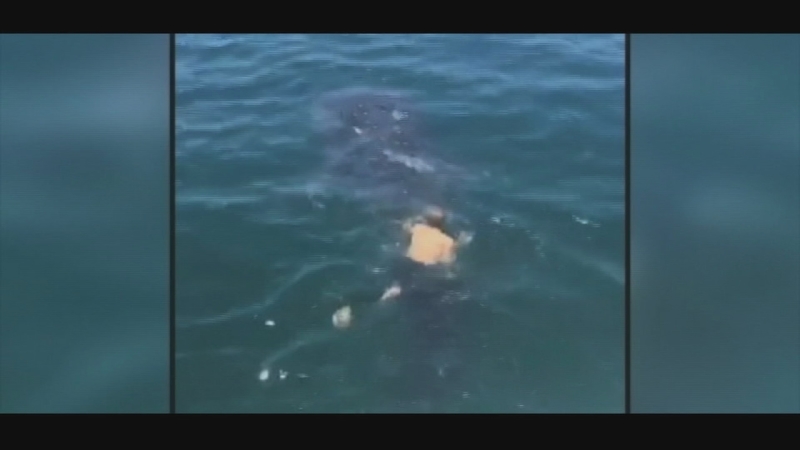 SHALIMAR, Fla. -- A Florida teenager is getting a lot of attention after posting a video of himself riding a whale shark to Instagram.

Cody Garland told ABC affiliate WEAR that the teens were enticed to jump in the water and swim with the gentle giant.

Another teen, MicKayla Burke, said on Twitter that she took a ride, too.

ME AND @lil_garlandd JUST SWAM WITH A WHALE SHARK

Burke said the ride gave them an adrenaline rush.

That was an adrenaline rush for sure pic.twitter.com/qEhjNe5mgT

But marine life experts warn others not to copy-cat the teens' swim for the sake of the animals.

"When people spend a lot of time and a lot of pressure on a fish, it takes away that slime covering and potentially has negative health impacts for the fish," Marine biologist Bruce Neill told ABC News when a different video of a teen riding a whale shark went viral.

But one of the teens in this group commented on WEAR's story to defend the teens' actions, saying they meant the animal no harm.