Here's what you need to know about the 2020 Census

The U.S. Census Bureau has changed the deadline for completing the Census a few times. The bureau said it now plans to finish collecting data by the end of September. But, what is the Census and why is it important for everyone to fill it out?
KABC
By Eric Resendiz 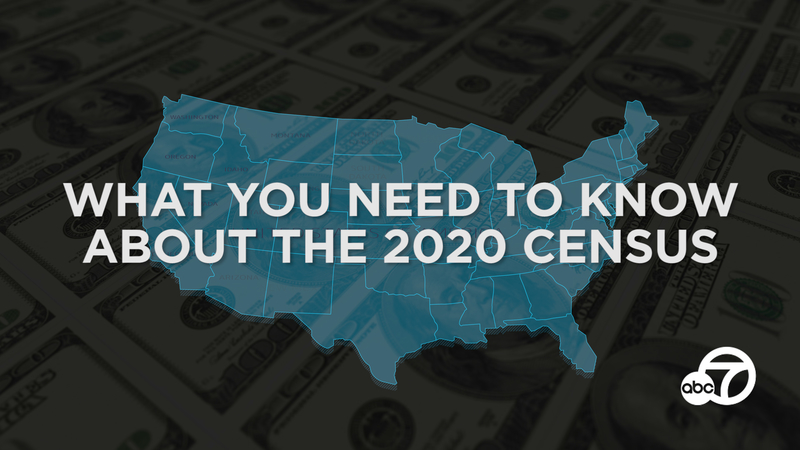 Here's what you need to know about the 2020 Census

LOS ANGELES (KABC) -- The 2020 census is a bit more complicated than the previous one in 2010. The world is in the middle of a pandemic, and the deadline for completing the census has changed a few times.

The United States Census Bureau said it now plans to finish collecting data by the end of September. But, what is the census and why is it important for everyone to fill it out?

The census is when the government conducts a national population count in the country and its territory. The U.S. Census Bureau collects this data every ten years.

"The census is mandated by the constitution for the sole purposes of apportionment. That's to determine how many seats each state gets in the House of Representatives," said Donald Bendz, a spokesperson with the U.S. Census Bureau. "That's why we want to get a complete accurate count of local communities because we want each community to get their fair share of representation in Congress."

And the data impacts political representation in Congress at all levels -- at the state, federal and local.

The census data is also used as a guide to help decide each year how hundreds of billions of dollars in federal funding will impact each community.

"When you bring it down to the local level, communities in the Los Angeles area and across the southland, different agencies rely different groups rely on census data because hundreds of billions of dollars in federal funds go back to local communities and they use census data to determine what fair share each community gets," said Bendz. "These are things like Pell grants, Medicaid, Medical, all types of services that we use everyday. And so that is why it is our mission to make sure that every single person is counted."

Bendz also said there is no question on the census asking if someone is a citizen.

"I know that in Los Angeles County, there are a lot of communities that are concerned about privacy and sharing their information with the Census Bureau," said Bendz. "We want to let people know that their information is protected by law and cannot be used against them by local law enforcement."

The 2020 Census deadline has been rescheduled twice. The first deadline was scheduled for July 31, according to the Census Bureau. Then it was moved to October 31, to give people more time to respond due to COVID-19. Finally, officials adjusted the deadline to September 30.

"We have a statutory mandate to get the data collected and delivered by December 31 of 2020," said Bendz. "So we needed to have everything done by September 30. And so what we've been able to do is we've just added more employees."

The census can be filled out in three different ways: by phone, mail and, for the first time, online.

When filling out the census, participants will come across simple questions about themselves and everyone who was living with them up until April 1, 2020.

Remember, the deadline to complete the census is September 30.