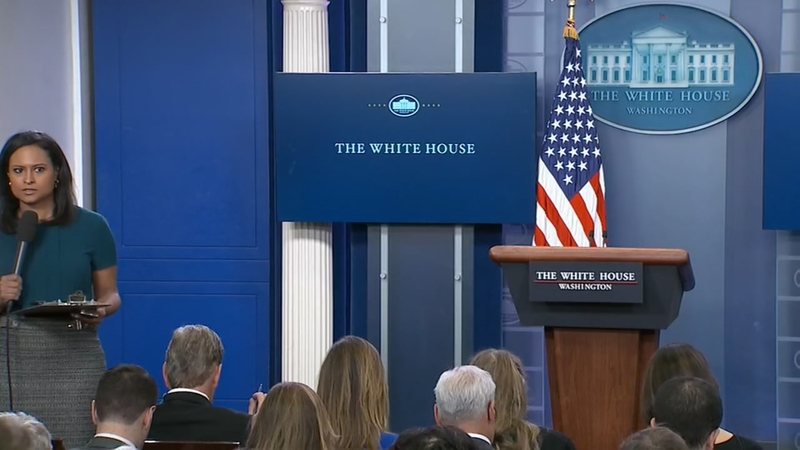 WASHINGTON, D.C. -- White House Press Secretary Sean Spicer blocked the Los Angeles Times, New York Times and a number of other news organizations from a media briefing Friday afternoon, but outlets that are considered friendly to the administration were let in, reporters said.

There was no regularly scheduled daily briefing, but a small group of reporters was allowed into a press gaggle inside Spicer's office inside the West Wing.

CNN, the Los Angeles Times, New York Times and others were denied access.

"The WHCA board is protesting strongly against how today's gaggle is being handled by the White House," said WHCA president Jeff Mason. "We encourage the organizations that were allowed in to share the material with others in the press corps who were not. The board will be discussing this further with White House staff."

CNN responded by calling it an "unacceptable development."

"Apparently, this is how they retaliate when you report facts they don't like," a CNN news release said.

"Nothing like this has ever happened at the White House in our long history of covering multiple administrations of different parties," said New York Times executive editor Dean Baquet.

CNN was blocked from WH @PressSec's media gaggle today. This is our response: pic.twitter.com/8SfY2uYKEI