Tiffany Haddish, Julie Bowen, Ray Romano some of the stars playing for charity on 'Who Wants to be a Millionaire.'
OTRC
By George Pennacchio 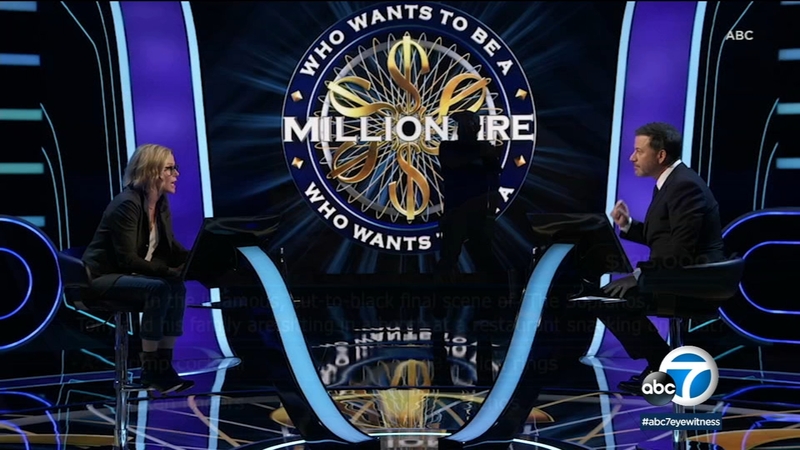 HOLLYWOOD -- Jimmy Kimmel is back with a new season of the game show "Who Wants to Be a Millionaire." Because of the pandemic, this season will go beyond celebrities playing for charity. Real life first responders will also be in the hot seat, trying their best to win big money.

Among the stars we'll see hoping for the chance to win $1 million dollars for a charity of his or her choosing: Julie Bowen, Ray Romano, Leslie Jones, Joel McHale, Rebel Wilson and, to kick things off, Tiffany Haddish. She earned $32,000 for her own charity, that helps foster youth.

"I had a great time doing it. I really love doing that show. It's a lot easier than my show," joked Kimmel. "It's a combination this year of celebrities and people who've been affected by this scenarios with the COVID that we're in. So we're talking about nurses, firefighters, EMTS, that sort of thing."

Kimmel is proud to have these heroes on the show.

"The non-celebrities are playing for themselves. So, you know, sometimes you're sitting there with somebody who makes $60,000 and they're playing for half a million dollars. And, you know, that's not something I take lightly. I mean, I am probably as stressed as they are at that moment," said Kimmel.