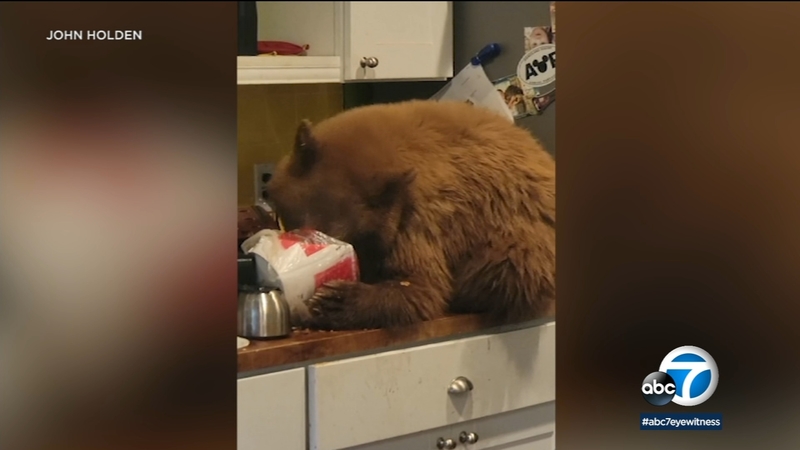 SIERRA MADRE, Calif. (KABC) -- A Sierra Madre man discovered a wild intruder inside his house that had helped itself to dinner.

John Holden said when he returned home, he was surprised to find his front door wide open and quickly noticed a bear on the kitchen counter, scarfing down a bucket of Kentucky Fried Chicken.

Another bear had greeted him outside and there was at least one more in the house. Eventually, he was able to get them to leave by making loud noises.

He said it's the first time a bear has ever made it inside his house.

"I've had a lot of other encounters with them. I've actually had them bump into me a couple times in the backyard, but definitely never in the house like that. That was something else and they sure made a mess of the place," Holden added.

Holden said he thinks the smell of KFC was just too tempting for the bears to resist, adding they even dared to lounge around in his yard after stealing his food.

All mothers know sometimes an afternoon at the playground is the perfect way to wear out your youngster.