"We also recognize we could have handled the situation differently," the organization said.
KABC 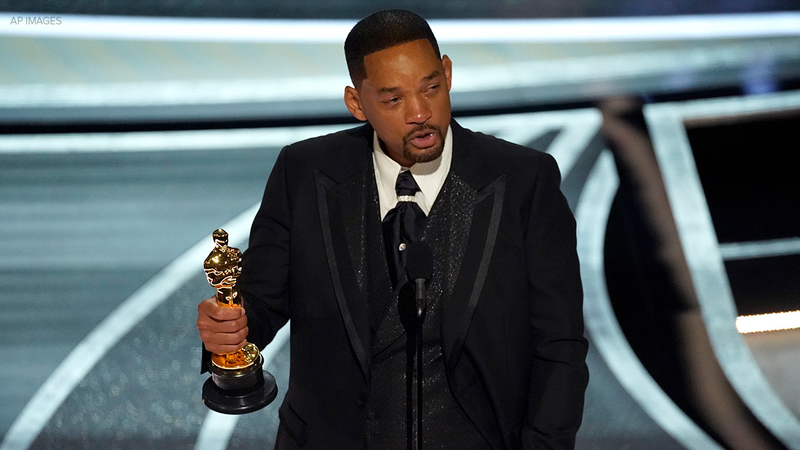 LOS ANGELES (KABC) -- The Academy of Motion Pictures Arts and Sciences said Wednesday that Will Smith was asked to leave Sunday's Oscars after hitting Chris Rock but refused.

Many have questioned why Smith was allowed to remain seated front row at the Academy Awards after the incident. On Wednesday, the academy suggested that it attempted to remove the actor from the audience.

"Things unfolded in a way we could not have anticipated," the academy said. "While we would like to clarify that Mr. Smith was asked to leave the ceremony and refused, we also recognize we could have handled the situation differently."

The academy's board of governors met Wednesday to initiate disciplinary proceedings against Smith for violations against the group's standards of conduct. The academy said Smith has the opportunity to defend himself in a written response before the board meets again on April 18. The academy said disciplinary action for Smith could include suspension, expulsion or other sanctions.

"Mr. Smith's actions at the 94th Oscars were a deeply shocking, traumatic event to witness in-person and on television," the academy said. "Mr. Rock, we apologize to you for what you experienced on our stage and thank you for your resilience in that moment. We also apologize to our nominees, guests and viewers for what transpired during what should have been a celebratory event."

On Monday, Smith issued an apology to Rock, the academy and to viewers, saying "I was out of line and I was wrong."

Whoopi Goldberg is on the academy's board. She said she does not believe Smith's Oscar should be taken away from him. But on "The View" Wednesday, Goldberg suggested Smith does need to be punished.

Carrey criticized the standing ovation Smith got when he accepted his Oscar, just minutes after assaulting Rock.

"I was sickened," said Carrey. "I felt like Hollywood is just spineless en masse. If you want to yell from the audience or show disapproval or say something on Twitter or whatever... you do not have the right to walk up on stage and smack somebody because they said words."

Both Carrey and Goldberg also expressed concern for Smith.

"The reason people got up and went over to him is because a lot of people thought, 'Oh, my God, is he having a break?'" Goldberg said.

Smith's wife, Jada Pinkett Smith, who was the subject of Chris Rock's joke that prompted the slap, is now breaking her silence, saying online: "This is a season for healing and I'm here for it."

As for Rock, the comedian has yet to comment publicly. But Wednesday night, he is set to perform two shows in Boston.

The cheapest ticket on StubHub overnight was priced at $720.

And TickPick, a secondary-market seller, tweeted on Monday: "We sold more tickets to see Chris Rock overnight than we did in the past month combined."