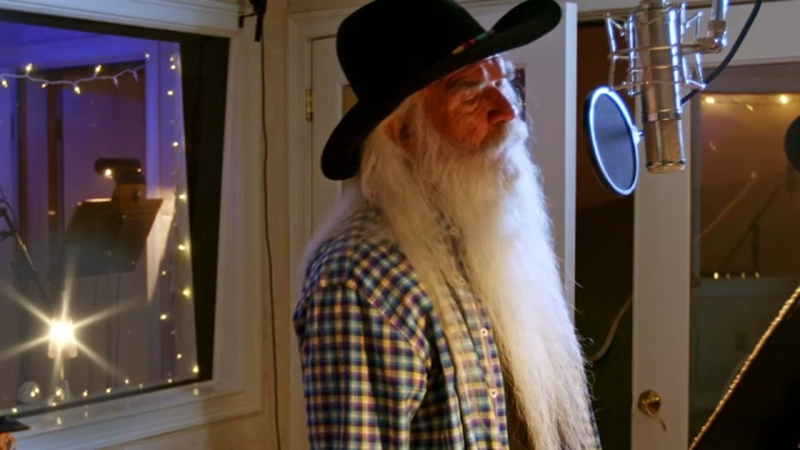 This is the story of one senior citizen who managed to be amazingly productive during the coronavirus pandemic.

You may know William Lee Golden as one of The Oak Ridge Boys.

Half a century of hits landed the group in The Country Music Hall of Fame, but the pandemic meant more than 100 of their concerts were canceled in 2020.

That's when Golden got to work.

At an age when many are fully retired, he's never been busier thanks to a back-to-the-future approach that has him revisiting his earliest days.

The Oak Ridge Boys managed to write a new chapter in the group's half-century of history during the downtime, but the act's latest album was just one of four albums recorded by its baritone singer.
Golden also managed to write his autobiography, entitled 'Behind the Beard.'

"I felt a desperate need to get this done and I could not rest without moving forward with it," Golden said. "And, it was trying to do something creative in such a negative world environment."

His productivity is all the more remarkable when you consider Golden is 82 years old.

"He's tenacious in anything and everything that he does," his friend of 40 years, Jeff Panzer, said.

Panzer is originally from Syosset on Long Island and is a former producer for ABC's "20/20" news program who now directs Golden's videos.

"When he has a spark, it starts a fire and it ignites everything and everyone around him," Panzer said.

Golden's three sons, Chris, Rusty, and Craig, joined him in the recording studio.

"It started out with like six or seven songs and just kept going," Golden said.

In the uncertainties of the present, they all found comfort in his past, the old songs he learned growing up on a farm in Alabama.

It became a way forward in a frustrating time as they all got, "to the truth and heart of who you are and where you're coming from," Golden said.

Golden, a father who was often on the road when his sons were young, found redemption and family harmony as they all sang together.

"We were all goin' through a healing process mentally, emotionally, physically, and spiritually," Golden said.