1 in custody for fire at Wilmington train yard 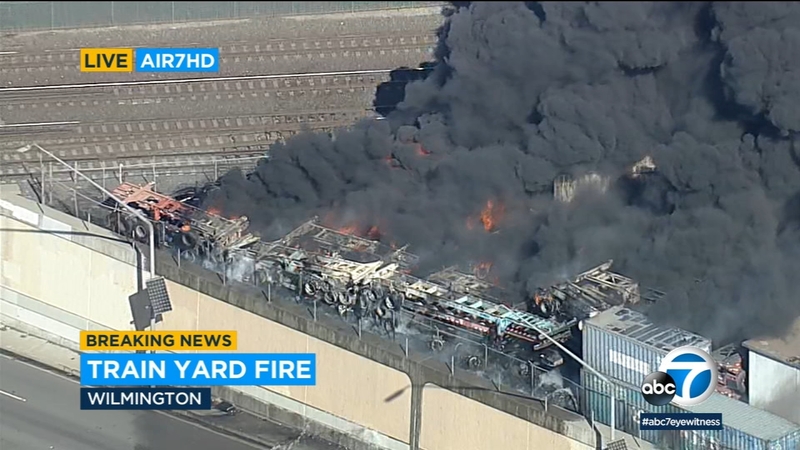 WILMINGTON, LOS ANGELES (KABC) -- A man was taken into custody in connection with a fire at a Wilmington train yard Wednesday that sent thick plumes of black smoke into the air over the South Bay and Long Beach area.

The blaze was first reported just after 2:30 p.m. in the 1400 block of North Alameda Street. Aerial footage from AIR7 HD showed an outdoor yard with tires, machinery and commercial rubbish on fire. Black smoke filled the skies.

Firefighters say loud noises were heard during the fire so a hazardous materials team was dispatched as a precaution. Firefighters later determined the sounds were tires exploding and not toxic materials.

By 3:30 p.m., firefighters appeared to have the flames well under control and down to smoldering debris. A knockdown was declared at 4:11 p.m.

The Los Angeles Police Department says officers with the Harbor Division later took a man into custody in connection with the start of the fire. His name and the potential charges he may face have not been released.