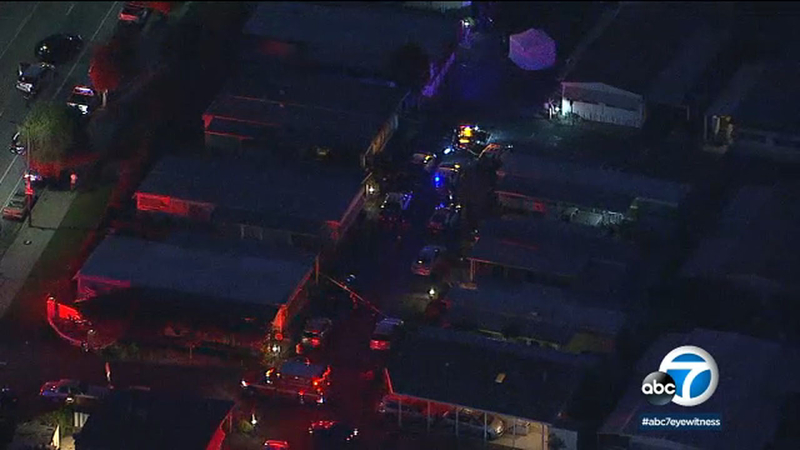 WILMINGTON, Calif. (KABC) -- A suspect who police say was armed is dead after an officer-involved shooting inside a mobile home park in Wilmington, police said.

The shooting happened Monday evening around 7 p.m. in the 1000 block of Figueroa Street after officers responded to a report of shots fired, according to the Los Angeles Police Department.

Once they entered the trailer park, officers encountered the male suspect with a handgun. Officers then opened fire and the suspect was pronounced dead at the scene.

Further details surrounding what led up to the shooting were not immediately available, but a handgun was recovered from the scene.