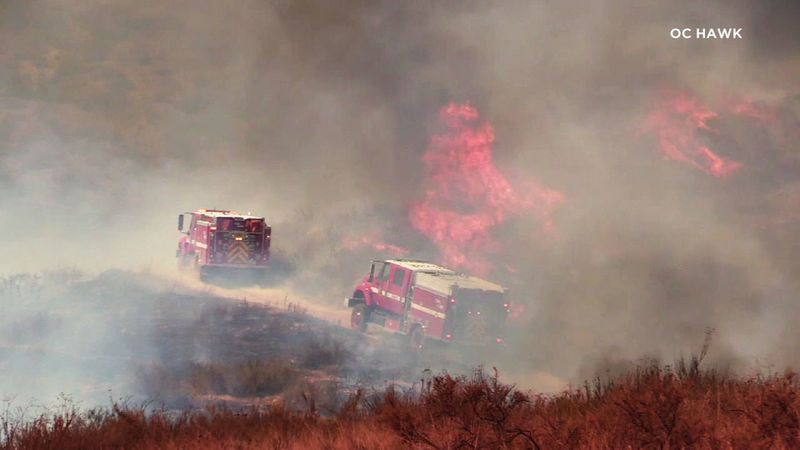 WINCHESTER, Calif. (KABC) -- A fast-moving brush fire has charred hundreds of acres in the Winchester area of Riverside County on Thursday, and evacuations were issued.

The blaze, dubbed the Patterson Fire, was estimated at more than 1,200 acres and 40 percent containment, according to Cal Fire.

Riverside County fire officials said it began in the area of the 34000 block of Rawson Road at about 2:20 p.m. More than 70 firefighters were on scene.

It was initially reported as an 8-acre grass fire, which quickly grew amid a light breeze out of the south to the north.

The fire break is the nearby Diamond Valley Lake reservoir, which appears to be where the fire is headed.