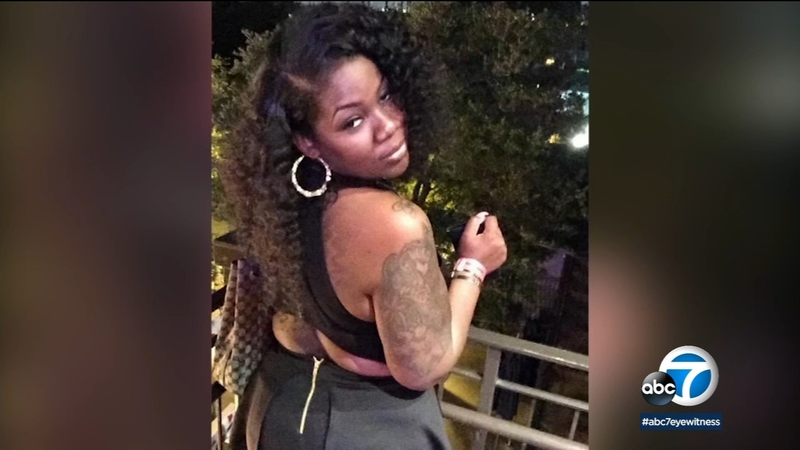 Keuana Weaver, a mother of two, was told it would be a simple four-hour procedure: a tummy tuck and some other cosmetic work.

She and a close friend both signed up and headed down to Tijuana to the Art Siluette Aesthetic Surgery clinic.

But her friend ended up hospitalized for two weeks, and Keuana died on the operating table.

Dalelisha Smith was with Keuana that January day. She's engaged to Keuana's brother, Kesean Robins, and had to break the news to him and to Keuana's mother, Yolanda Weaver.

Weaver says she wants to warn people about the Tijuana clinic, saying the doctor who worked on her daughter is not a licensed plastic surgeon.

According to the San Diego Union-Tribune, a third woman also fell seriously ill that day after plastic surgery at the clinic. She is now suffering from kidney failure.

Tessica Brown's video sparked a conversation about the hair styling challenges many Black women experience due to Eurocentric beauty standards.

Eyewitness News was unable to reach Dr. Jesus Manuel Baez Lopez. His voicemail was full and our email was not answered.

Weaver said the clinic never pronounced Keuana dead and never even reported her death to the U.S. Embassy.

"They just discarded my daughter like she was a piece of trash. No one still has called me to say, 'Oh, I'm sorry.' No one has contacted me," Weaver said.

Keuana's two children are now left with no mother, and her baby brother has been robbed of his best friend.

Weaver is on a mission. She wants to get her daughter's story out there so people know the dangers of discount plastic surgery outside of the U.S. -- and the ultimate price you may end up paying.

"Don't do it because it's not worth it," Weaver said. "All I can say is, I'm going to keep fighting. I have to be her voice and I want her voice heard," she added.

Procedural Telemedicine: A company is pioneering remote collaborations during surgeries as a way to improve expertise assistance without needing to have more people in the room in the age of coronavirus.