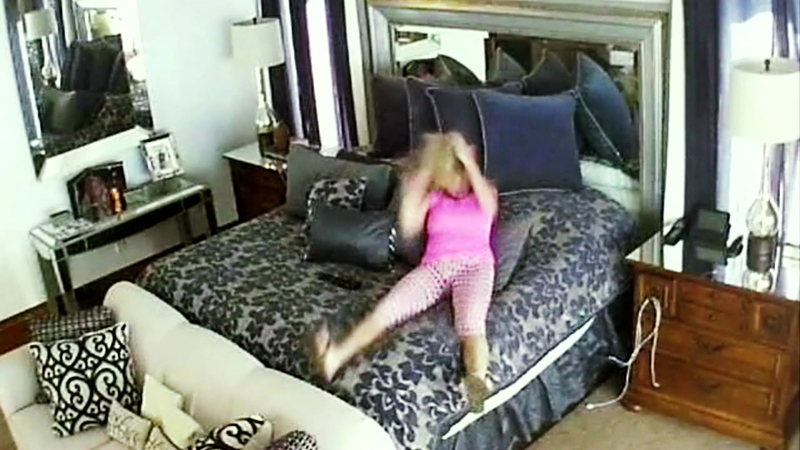 Woman hits herself in video

TAMPA BAY, Fla. -- A Florida woman claims her former fiance abused her, but a video showing her hitting herself is raising questions.

The disturbing video is at the center of a he-said, she-said breakup that's now spiraled into a nasty legal fight between a millionaire businessman and his ex-fiance.

Mary Hunt is seen in the video hitting herself in the face in a fit of rage.

Attorneys for 45-year-old Scott Mitchell are releasing selected clips from his home security system to refute Hunt's claims that her former fiance was abusive, giving her a black eye.

Mitchell's attorney, Todd Foster, said, "There is no evidence that he ever beat her. This video now demonstrates that she is striking herself in the same area of the face and head that they allege Scott struck her."

But Hunt's attorney says Mitchell was abusive, and that the 29-year-old's black eye was from an argument with Mitchell a week after the taped incident.

Mary Hunt's attorney, Barry Cohen, said, "Scott is a manipulative psychopath and he emotionally and physically abused her. Mary was just in a fit of rage that day because Scott told her she couldn't go to a yoga class because he was upset she was calling off the wedding."

Hunt's lawyer points to another video of Mitchell as evidence of his hot temper in which Mitchell is shown telling Hunt to get out of his house.

Hunt herself has said, "I believe (Mitchell is) incapable of controlling his emotions, and when he doesn't get what he wants, he will go to any lengths to get it."