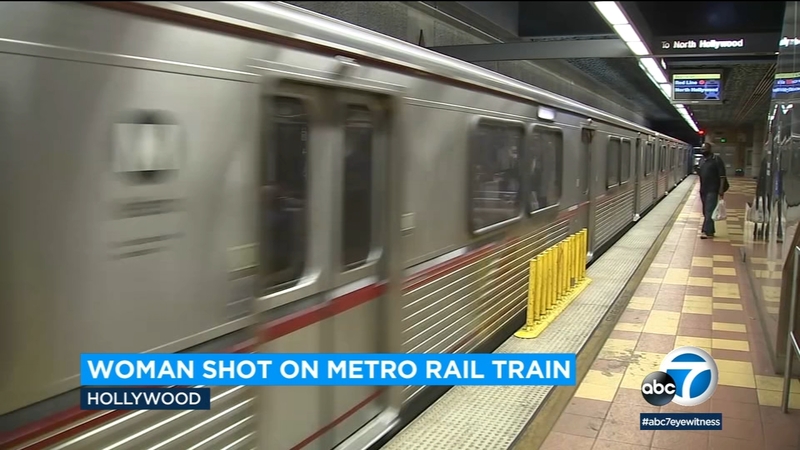 HOLLYWOOD, LOS ANGELES (KABC) -- A woman was shot to death on a Metro Rail train in Hollywood, and police are now on the hunt for the suspect.

It happened Sunday shortly after 5 a.m.

According to the Los Angeles Police Department, the train stopped at Hollywood Boulevard and Vine Street when the suspect shot the victim and took off.

The woman was found inside the train with several gunshot wounds. She was rushed to the hospital where she later died.

Witnesses told investigators they saw an agitated suspect pacing on the train. They said he had a verbal argument with the victim, who was sitting near him.

The male suspect was seen wearing a blue jacket and blue shorts. Police say he was wearing a dark hat and a surgical mask.