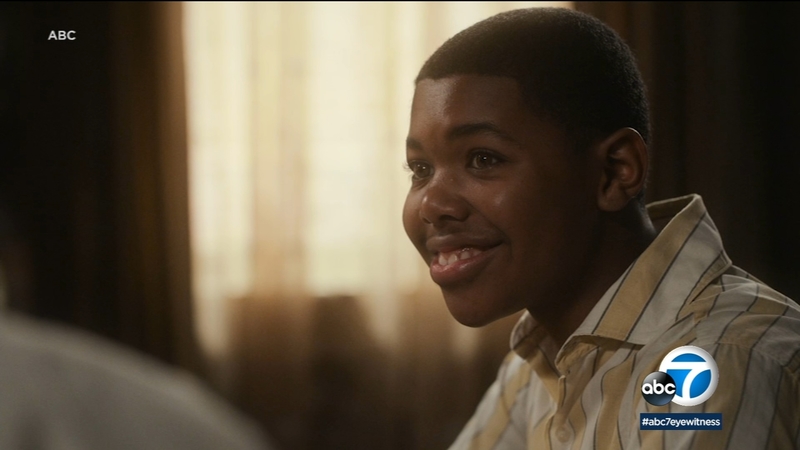 Inspirational story in 'Women of the Movement'

HOLLYWOOD -- Mamie Till-Mobley was a mother who lost her son to murder. And she wanted justice for that. In the ABC series "Women of the Movement," we see veteran actor Glynn Turman playing her uncle...who also lived through this terrible nightmare in American history.

It happened after a vacationing 14-year-old Emmett Till was accused of inappropriate behavior involving a white woman in a Mississippi grocery store in 1955. For that, he was beaten, tortured and murdered.

"It had to have been some terrible, terrible pain that he lived with all those years in terms of what he offered, what he promised, what meant so much to him and how violated her was and the courage it took for him to do what he did," said Turman.

What Moses Wright eventually did was testify in the trial of Emmett Till's accused killers. It would be called one of the bravest moments in the Civil Rights movement. Turman sees what Mamie did in the name of justice brave beyond words.

"This shows what one woman's courage, one woman's stance, what a difference it made," said Turman.

The actor remembers telling his own kids about Emmett Till. Now, as grown-ups, they understand it more because of what's going on in today's world.

"And it's a horrible thought, the feeling is worse to say, 'Oh my God, the times are back and my kids are having to go through the same things that we went through,' you know?" said Turman. "So Trayvon is their Emmett Till."

"Women of the Movement" airs Thursday nights on ABC.

The Senate has passed a bill to award the Congressional Gold Medal posthumously to Emmett Till and his mother, Mamie Till-Mobley.