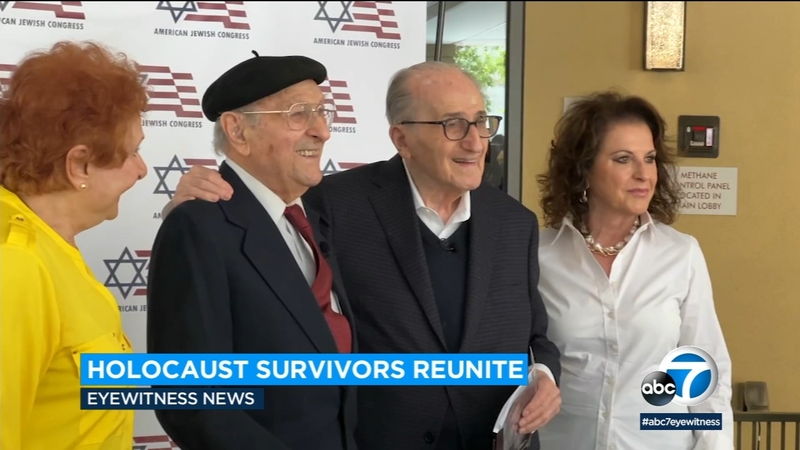 George Berci, a Los Angeles doctor who is 101 years old, and 96-year-old Frank Shatz, a writer, were reunited more than 70 years after escaping the Nazis.

During World War II, they were in the same Nazi concentration camp.

They escaped, and never saw each other again. Until now, that is, when the American Jewish Congress flew Shatz to L.A. from his home in Virginia for the reunion.

"It's so elevating because it shows that you can go through hell and still come out from it," said Shatz.

"The major issue is that we should help each other," said Berci. "And today is a certain era in history where we need any help what we can give."

Berci, by the way, is a pioneer in minimally-invasive surgeries.

He has been at Cedars-Sinai for more than half a century, and last year he celebrated his 100th birthday on the job.