Biden aims for half of vehicles sold by 2030 to be electric.
ABCNews
By Stephanie Ebbs 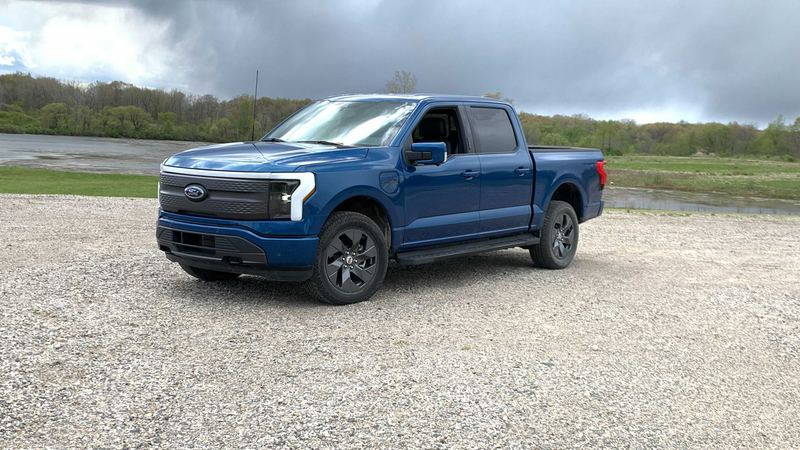 WASHINGTON -- The Biden administration will announce a set of actions on Thursday intended to reduce greenhouse gas emissions and pollution from cars and trucks, reducing planet-warming emissions from the No. 1 sector contributing to climate change in the U.S.

President Joe Biden is expected to sign an executive order on Thursday setting a goal that half of all new vehicles sold by 2030 are zero emissions vehicles, specifically electric vehicles powered by batteries or fuel cells or hybrid-electric vehicles. A senior administration official called it a "paradigm shift" for the country and the industry.

"A decade ago, we were talking about reaching around 50 miles per gallon of gasoline in 15 years. Today, for new autos we're talking about reaching around 50% of vehicles that don't require even one gallon of gasoline to go a mile in less than a decade," the official said on a call with reporters, adding that automakers like Ford and GM are expected to be at the White House to support the executive order and announce their plans to meet Biden's goal.

Automakers Ford, GM and Stellantis endorsed the move in a statement Wednesday night, saying they aim for 40-50% of all new vehicles sold by 2030 to be electric. They also said that goal can only be met with resources to expand electric charging stations that it part of Biden's proposed Build Back Better plan. 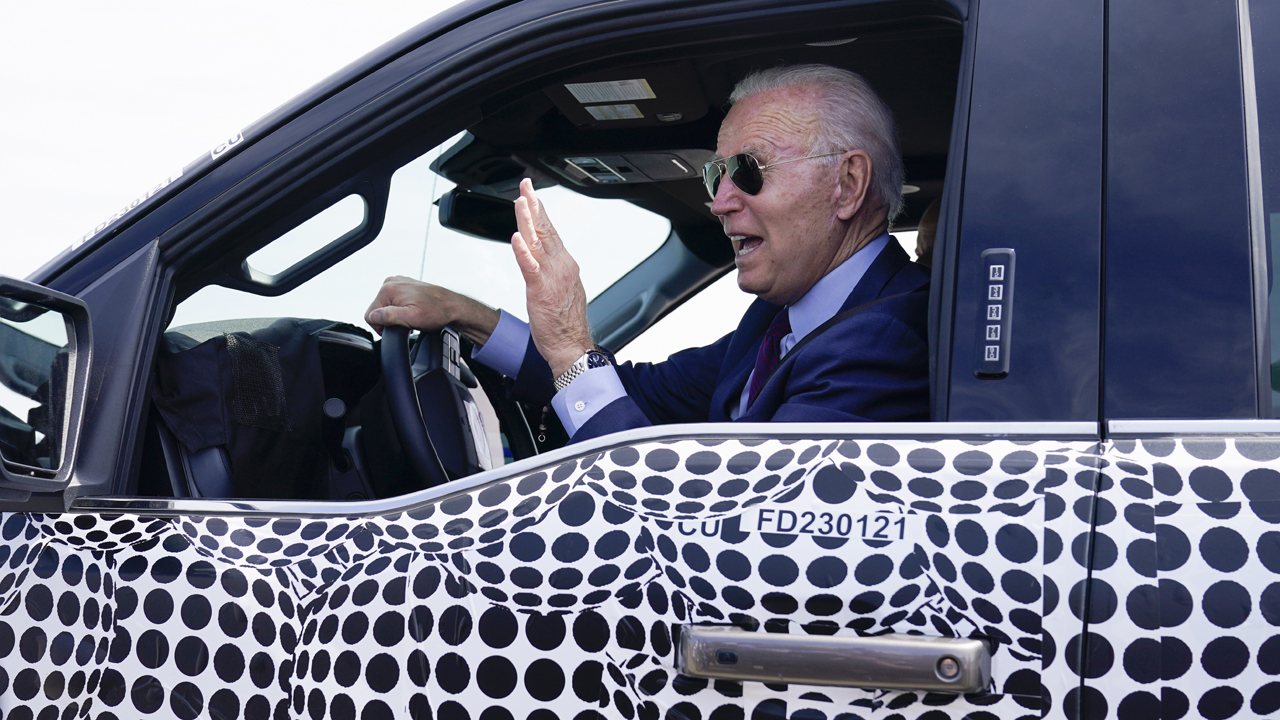 FILE - In this May 18, 2021 photo, President Joe Biden stops to talk to the media as he drives a Ford F-150 Lightning truck at Ford Dearborn Development Center in Dearborn, Mich.

"With the (United Auto Workers) at our side in transforming the workforce and partnering with us on this journey, we believe we can strengthen continued American leadership in clean transportation technology through electric vehicle innovation and manufacturing," the companies said in a joint statement. "We look forward to working with the Biden Administration, Congress and state and local governments to enact policies that will enable these ambitious objectives."

The administration will also announce fuel efficiency standards that will more than reverse the rollback of the clean car standards under former President Donald Trump. A senior administration official said the administration will build on higher fuel efficiency standards set by California the senior official said will ultimately save 200 billion gallons of gasoline and reduce 2 billion metric tons of carbon pollution, according to the senior official. Those rules will still need to go through a formal rule-making process at Environmental Protection Agency and the Department of Transportation.

"What we're hearing across the board is a consensus about the direction where this industry is going. And a coming together around the recognition that this is the moment of truth, not just for climate action for economic action as well," the official said.

Former President Barack Obama issued similar fuel efficiency standards meant to require new gas-powered vehicles to use less gasoline, which would reduce greenhouse gas emissions and pollution from cars and trucks. Under Trump the EPA relaxed those standards, prompted a legal battle between the administration and California over more stringent goals set by the state.