KABC
By Jade Hernandez and ABC7.com staff
LA VERNE, Calif. (KABC) -- One person was killed and another seriously injured in a small-plane crash Sunday in La Verne, officials said.

The single-engine Cessna 177RG crashed into a plant nursery near Brackett Field Airport around 5:45 p.m., according to the FAA. The pilot was practicing approaches at the time, the agency said.

La Verne police say there were two people inside the plane. One was declared dead at the scene and another was transported to a local hospital in serious condition.

The National Transportation Safety Board is heading to the scene to investigate the cause of the crash.
Report a correction or typo
Related topics:
la vernelos angeles countyntsbaviationfaaplane crash
Copyright © 2021 KABC-TV. All Rights Reserved.
More Videos
From CNN Newsource affiliates
TOP STORIES 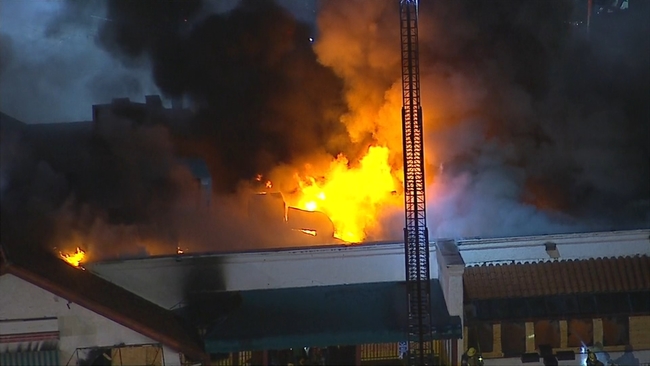