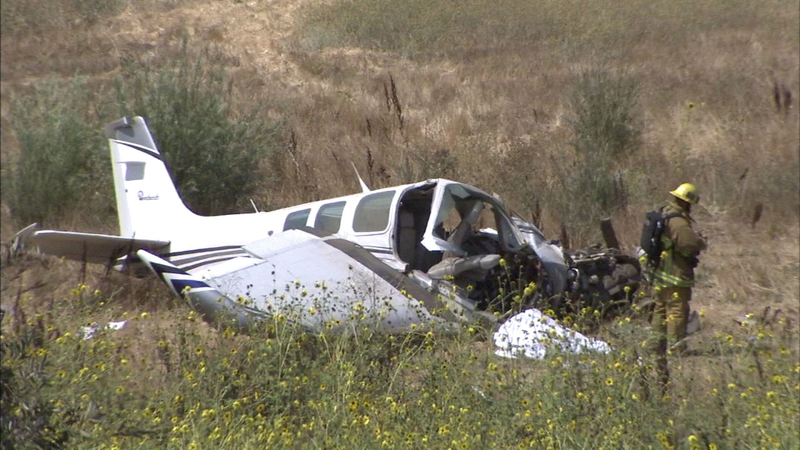 SYLMAR, LOS ANGELES (KABC) -- A single-engine plane crashed into a field near the 5 Freeway in Sylmar on Sunday afternoon, killing the pilot who was the only occupant.

The plane went down in the 12600 block of Encinitas Avenue, near the 405 and 5 freeways, around 1:50 p.m., according to the Los Angeles Fire Department.

Officials say it appears the plane may have had an in-flight emergency and the pilot may have looked at setting down on the freeway, but it was too crowded.

The Los Angeles County coroner's office identified the pilot as Scott Watson, 55. A city of residence was not released.

Good Samaritans rushed over to the site of the crash and tried to help the pilot but were unable to get him out. Firefighters used the Jaws of Life to extricate him from the wreckage and attempted CPR but were unable to save him.