1 killed, 2 injured after car slams into pole in Highland Park 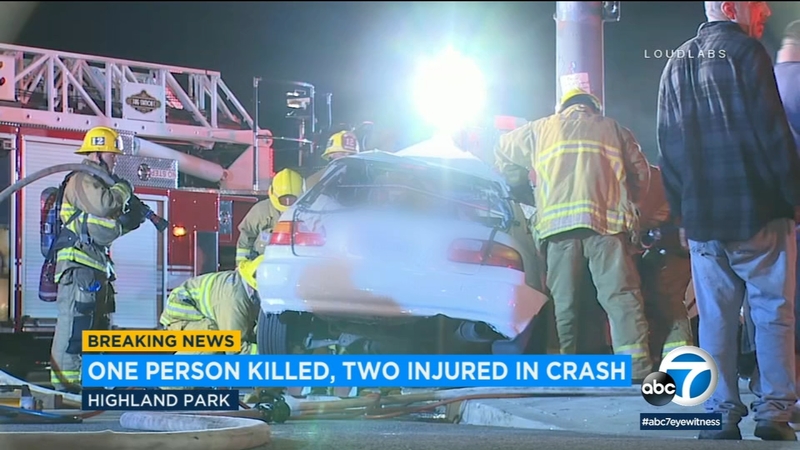 1 killed, 2 injured after car slams into pole in Highland Park

HIGHLAND PARK, LOS ANGELES (KABC) -- A man was killed and two others were injured after a car crashed into a pole in Highland Park early Thursday morning, officials said.

A vehicle with three people inside crashed into a pole after the driver lost control, Los Angeles police said.

A man inside the car was dead at the scene. Police believe the man was a passenger.

Two other victims, a woman and a man, were transported to a hospital in critical condition.

Video from the scene showed a white car severely damaged with its windshield smashed.

Police said speed was a factor in the crash. Police did not say if drugs or alcohol were involved.