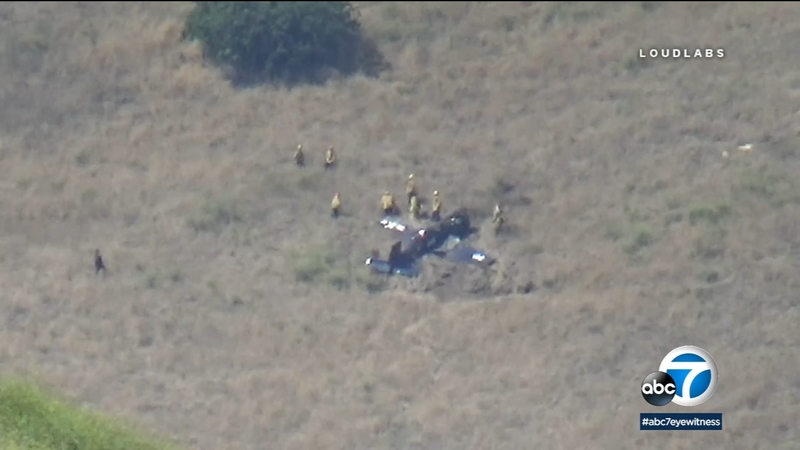 PORTER RANCH, Calif. (KABC) -- A pilot was killed Saturday in a small plane crash in the Santa Susana Mountains near Porter Ranch, according to officials.

The plane crashed at about 2:40 p.m. while flying through the remote terrain in the Santa Susana Mountains, about two miles north of Porter Ranch.

A Los Angeles Fire crew said it discovered the body of a man at the scene. It crashed in a remote area, so crews had to be lowered from a helicopter to the debris area.

It was not immediately known what led to the crash and the cause remains under investigation.

The pilot is believed to be the only person on the plane.