Is minting a $1 trillion platinum coin the answer to the debt limit crisis? 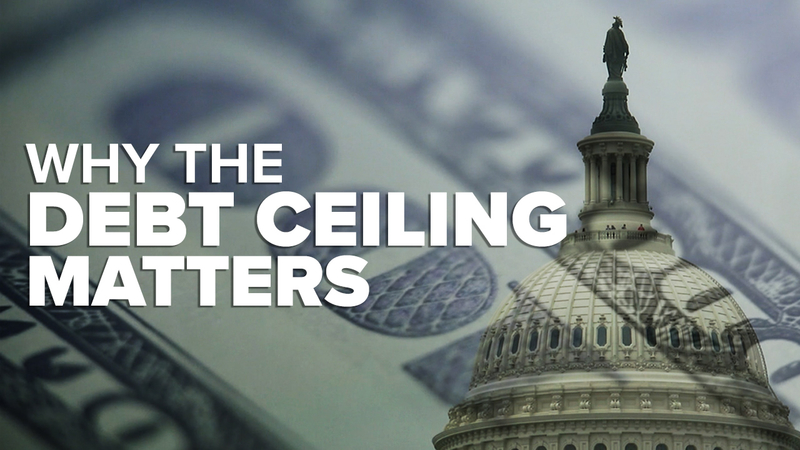 Could a $1 trillion platinum coin be the solution to the U.S. government's debt limit crisis?

With politicians at a standoff, some senators and other proponents, at the last minute, have renewed talk of the improbable idea.

The U.S. government is set to run out of money to pay its bills, including salaries of federal employees and to pay Social Security benefits, which the White House and experts say would have grave economic effects and could trigger a recession.

What is the debt ceiling? Why a government default could directly affect your wallet

Legislation enacted in 2001 allows the treasury to mint platinum coins of any value without congressional approval. Under that law, the coin's value could be anything, but it would have to be platinum, not gold or silver, nickel, bronze or copper, which are under Congress' control.

So, in theory, President Joe Biden could order Treasury Secretary Janet Yellen to have a coin with the value of $1 trillion be minted and deposited into the Treasury, giving the government an extra trillion dollars to cover debts and prevent default.

The idea was floated before in 2011 when the government faced another debt ceiling crisis. Former President Barack Obama said in 2017, on the podcast "Pod Save America," that he and his advisers discussed use of a trillion dollar coin as a safety valve.

"There were all kind of wacky ideas about how potentially you could ... have this massive coin." Obama said in the 2017 interview. "I mean ... it was some primitive -- it was like out of the Stone Age or something and I pictured rolling in some coin."

Treasury Secretary Janet Yellen said Tuesday in an interview with CNBC that she is "opposed" to the idea, and doesn't believe it should be considered seriously.

"It's really a gimmick and what's necessary is for Congress to show that the world can count on America paying its debts," Yellen said Tuesday on CNBC's "Squawk Box".

Yellen also raised concerns about how using a trillion dollar coin would affect trust in and independence of the Federal Reserve and treasury.

"The platinum coin is equivalent to asking the Federal Reserve to print money to cover deficits that Congress is unwilling to cover by issuing debt, it compromises the independence of the Fed conflating monetary and fiscal policy, and instead of showing that Congress and the administration can be trusted to pay, to pay the country's bills, it really does the opposite," Yellen said.

Many experts are unsure about what the economic effects of the move would be given that it is unprecedented. But experts cite concerns about inflation, saying that creating more money would weaken the value of existing money circulating in the economy. That would mean that existing dollars would have less buying power, which could affect American consumers.

Still, some Democratic lawmakers back the idea. House Speaker Nancy Pelosi said that Rep. Jerod Nadler, D-N.Y., brought up the coin during a closed policy meeting last week as one of other "options" to prevent government default without congressional action.

"Jerry Nadler wants to have a coin ... a trillion dollar coin that doesn't even require congressional (action)." Pelosi said. "So, we talked about an array of things."

Rep. Rashida Tlaib, D-Mich., tweeted in support for the idea in late September.

On Monday, White House press secretary Jen Psaki was asked if the coin was being considered as the debt crisis debate heated up and she shot down the idea.

"We obviously look at a range of options, and none of those options were viable, either because they wouldn't be accepted by the Federal Reserve, by the guidance of our treasury secretary, or just by legal restrictions," Psaki said.

Psaki, like Yellen, said that the only solution is for Congress to act.

"There's a simple process that could be done in the next few days, before we hit Friday, to reduce uncertainty, to make sure the American people don't have to worry about their bank accounts, their retirement savings," Psaki said. "And all Republicans need to do is get out of the way, let Democrats be the adults in the room, and take a vote."