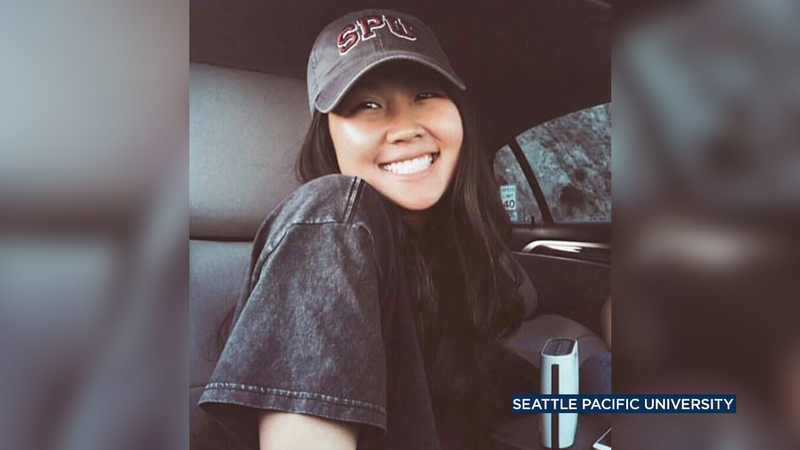 1 victim in Seattle crane collapse was from SoCal

SEATTLE, Washington (KABC) -- One of the victims in a fatal crane collapse in Seattle was a college freshman who grew up in South Pasadena, officials say.

"While we grieve the sudden and tragic loss of our precious student, we draw comfort from each other, our strong community of faith, and God's presence with us in times of sorrow," read a statement from Seattle Pacific University. "We ask that the community join us in praying for Sarah's family and friends during this difficult time."

The construction crane collapsed Saturday afternoon near the intersection of Mercer Street and Fairview Avenue.

Four people were killed and three wounded when a construction crane collapsed Saturday in downtown Seattle, pinning five cars underneath.

Four people were killed and three were wounded. Two of those who died were crane operators in the crane's cab and two people were in cars.

Wong was in one of five cars on the street that were crushed by the crane.

Wong's family members are longtime South Pasadena residents, according to the South Pasadenan. She attended South Pasadena High School in her freshman year and then graduated from Futures Academy, a private school in Pasadena, the publication said.

The crane was atop an office building under construction in a densely populated area.

Tweets from the scene showed the crane collapsed on the street, with vehicles stopped in the vicinity.

With Amazon and other tech companies increasing their hiring in Seattle, the city has dozens of construction cranes building office towers and apartment buildings.

As of January, there were about 60 construction cranes in Seattle, more than any other American city.