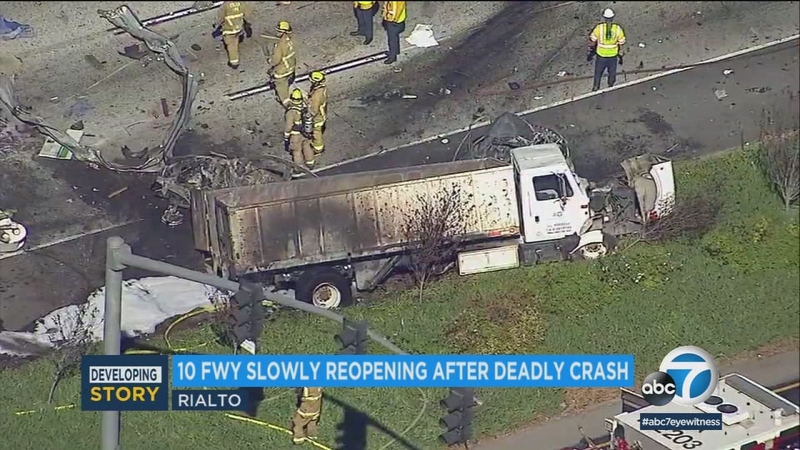 10 Freeway back open in Rialto after deadly truck crash

RIALTO, Calif. (KABC) -- Both directions of the 10 Freeway in Rialto were reopened Saturday morning, more than 16 hours after a fiery crash killed five people.

Some lanes on the eastbound and westbound side reopened overnight, but a full reopening of all freeway lanes happened at about 8 a.m.

A full closure of the 10 Freeway around Riverside Avenue was prompted Friday afternoon after a large concrete pumping truck plowed through the center divider and collided with four other cars and a motorcycle driver on the eastbound side of the freeway.

Update- 3 and 4 lanes now open in both directions. https://t.co/Mlyj4Vwqba

Five people were killed. The truck driver only sustained minor injuries and another driver walked away unharmed.

At one point during the closure, drivers were trying to avoid the traffic standstill by driving through a sandy area off the side of the freeway, but many drivers in smaller cars ended up stuck.