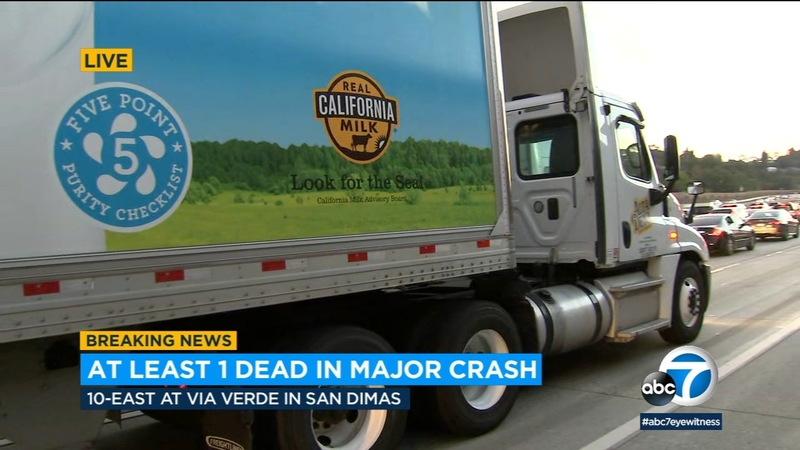 SAN DIMAS, Calif. (KABC) -- At least one person was killed in a multi-vehicle crash Sunday morning on the 10 Freeway in San Dimas, prompting the closure of several eastbound lanes.

The collision was reported about 5:30 a.m. near Via Verde Street and initially forced the full shutdown of the eastbound side of the freeway, according to the California Highway Patrol. Three lanes were later reopened, but traffic remained congested at the scene.

The pileup involved a motorcycle, two sedans and several other vehicles, according to a CHP incident report.

The identity of the deceased person was not immediately released.