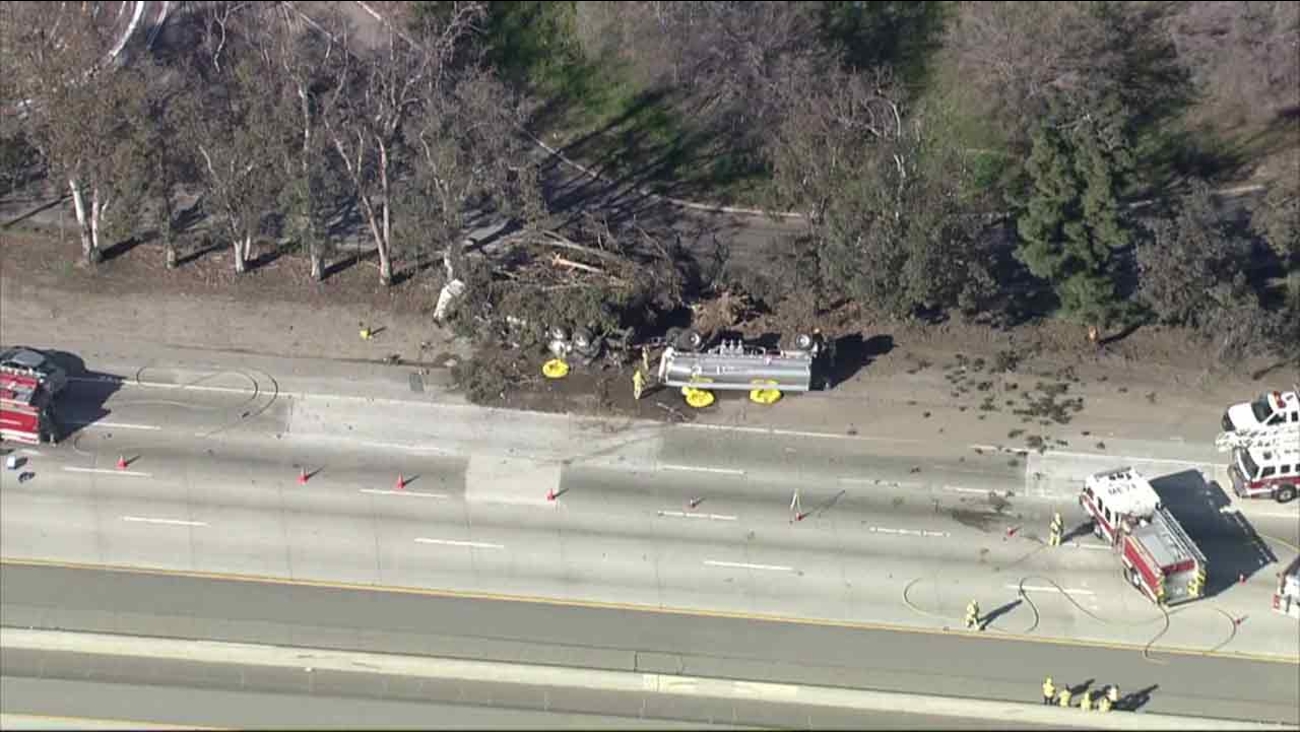 Both directions of the 10 Freeway were shut down in Fontana on Thursday, Feb. 4, 2016, due to an overturned fuel tanker truck.

FONTANA, Calif. (KABC) -- Interstate 10 was shut down between Cherry and Citrus avenues for hours in Fontana on Thursday due to an overturned fuel tanker truck, according to the California Highway Patrol.

The crash was first reported at 12:48 p.m. and the truck was carrying 8,600 gallons of fuel. Some of the fuel leaked, but it was quickly contained.

It was not immediately clear why the truck overturned and whether there were any injuries. Fire and hazmat crews responded to the crash.