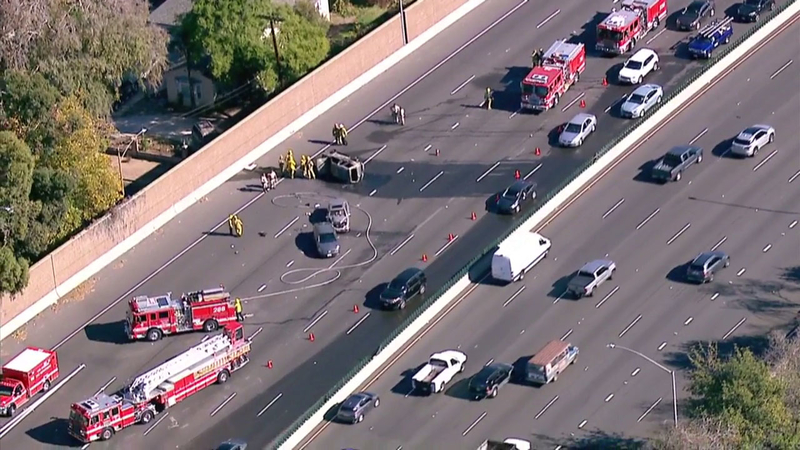 All lanes were reopened by 2 p.m.

The incident occurred near Sepulveda Boulevard just before 11 a.m., snarling traffic. The victim was inside an overturned car as it burned.

A Sigalert was issued with as many as five lanes closed, before the lanes reopened.

An aerial view showed three cars involved in the crash, including one that was on its side.