The Nobel Peace Prize shortlist: Who is favored to win? 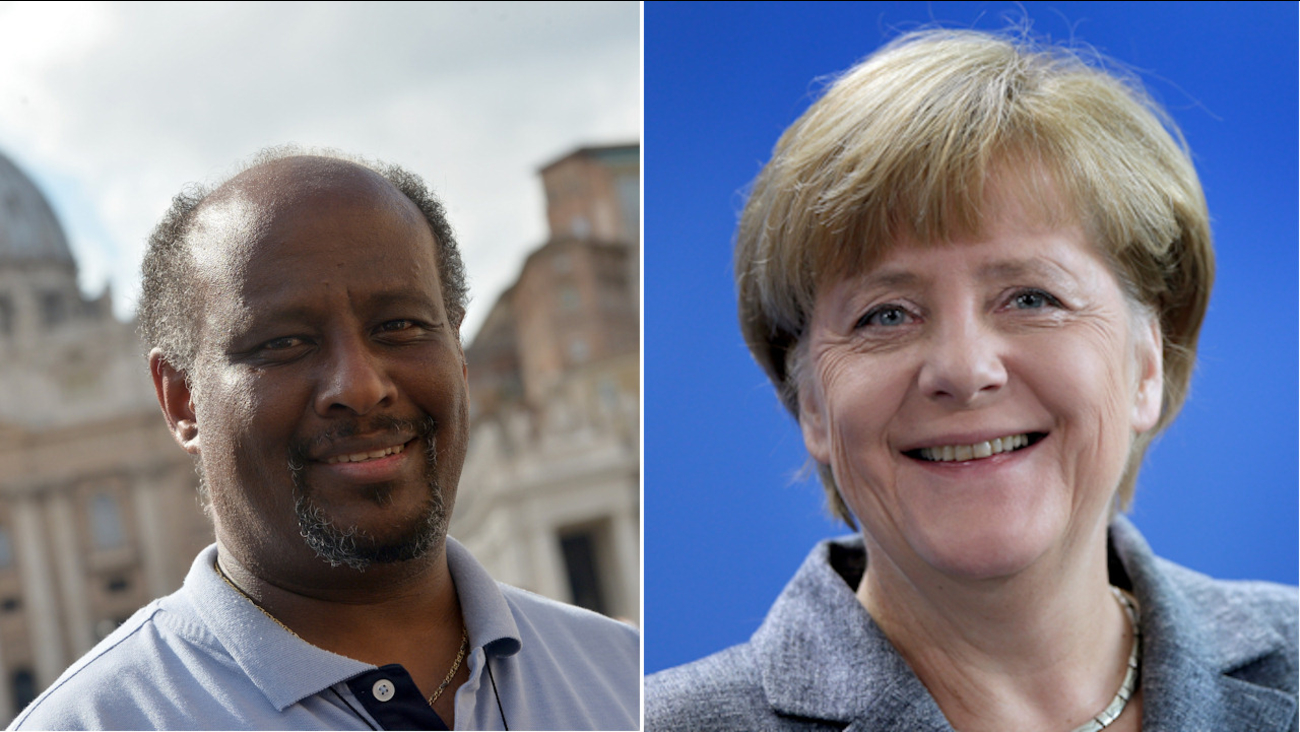 The Nobel Peace Prize is being announced Friday, and this year there were 273 nominations, the second most in the award's history.

There is no official shortlist for the Nobel Peace Prize, but that hasn't stopped people from guessing -- and even betting on -- who might win.

Here are a few of the names that have not only been mentioned as deserving of the Nobel, but also have good odds of winning the prize, according to betting sites Ladbrokes and Paddy Power. 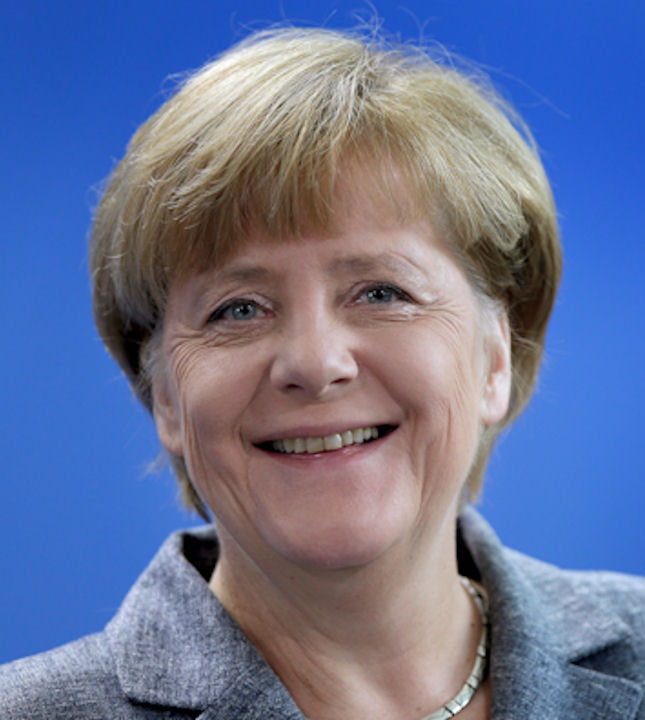 German chancellor Angela Merkel smiles after a meeting of the coalition committee about refugees in Europe on Sept. 7.

German chancellor Angela Merkel, who opened Germany's borders to refugees and helped borker peace between Ukraine and Russia, is a frontrunner for the Nobel. Merkel, who grew up in East Germany, has been involved in politics since around the time communism fell and the country united in 1990. 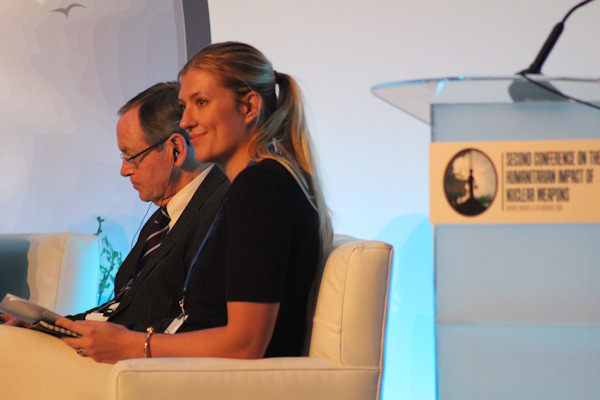 Beatrice Fih, the director of the International Campaign to Abolish Nuclear Weapons(ICAN), appears at the Second Conference on the Humanitarian Impact of Nuclear Weapons in 2014.

The International Campaign to Abolish Nuclear Weapons(ICAN) is a nonprofit working to ban nuclear weapons around the world. 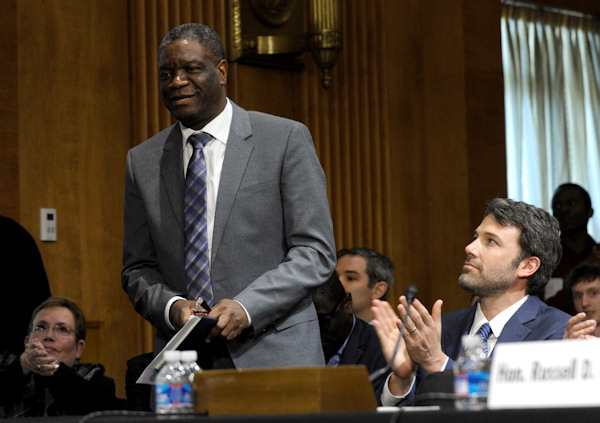 Dr. Denis Mukwege, from the Democratic Republic of Congo, is a gynecologist who specializes in treating victims of rape and extreme sexual violence. In an interview for the French movie Human, Dr. Mukwege explains the horrific scenes he saw that led him to get take a stand. 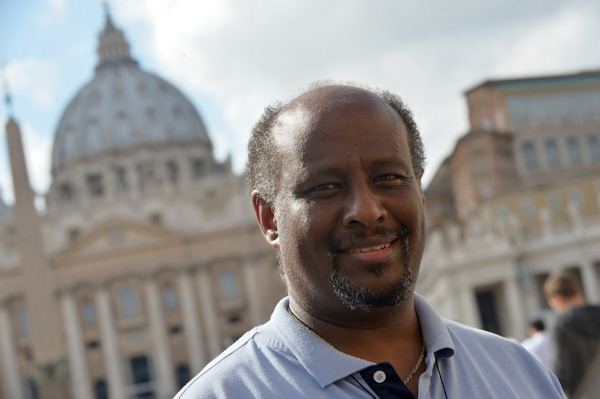 Mussie Zerai poses in front of Saint Peter's basilica in Vatican City on Oct. 4, ahead of the Nobel Peace Prize announcement.

Eritrean priest Mussie Zerai coordinates efforts to help migrants and refugees from Africa and the Middle East who risk their lives trying to cross the Mediterranean sea. 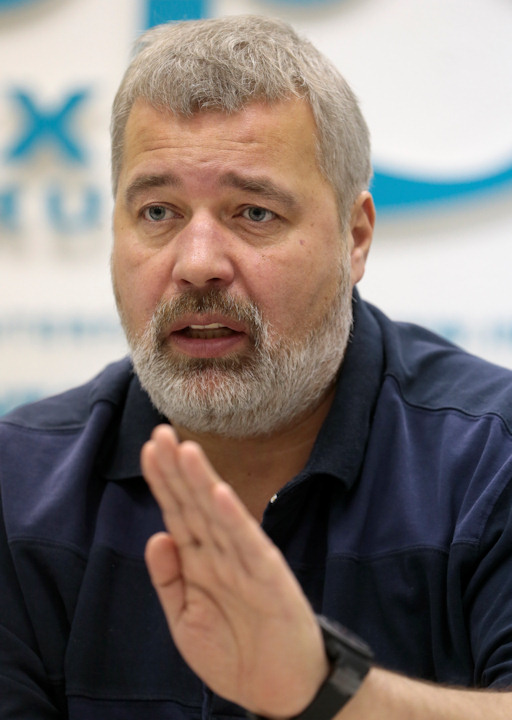 Editor Dmitry Muratov speaks during a 2012 press conference about the case surrounding the 2006 death of Novaya Gazeta journalist Anna Politkovskaya.

This Russian Newspaper, headed by editor Dmitry Muratov, is known for criticizing and investigating the Russian government. One of its most vocal journalists, Anna Politkovskaya, was gunned down in 2006. In 2009, the International Press Institutes gave the paper its Free Media Pioneer Award. 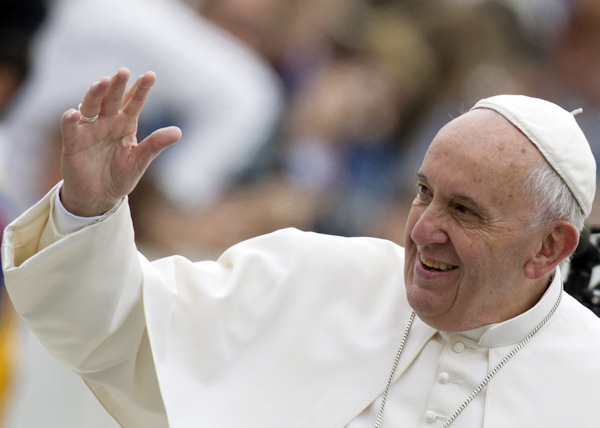 Pope Francis waves to faithful as he arrives for his weekly general audience in St. Peter's Square, at the Vatican, Wednesday, Sept. 30, 2015.

Pope Francis is known for advocating for the poor, opening the Vatican doors to the homeless and speaking out on environmental issues unlike any pope before him. Though the Norwegian Nobel Committee is not usually one to consider popes, don't count this pontiff out.

Let us pray for peace, and let us bring it about, starting in our own homes! 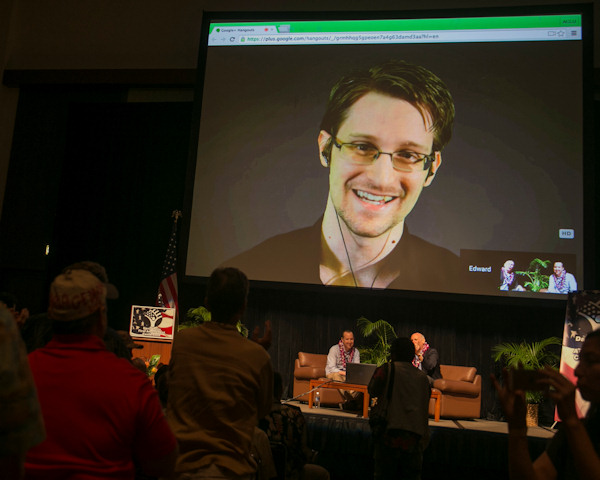 Edward Snowden appears on a live video feed broadcast from Moscow at an event sponsored by the ACLU Hawaii in February.

Former National Security Agency contractor Edward Snowden caused an international stir when he blew the whistle on the NSA's programs to intercept Americans' electronic communications. He joined Twitter in September and was promptly followed by 1 million people.

Can you hear me now?

While some of these people might sound like a long shot, their odds are good compared to some of the people you can put money on (where legal). Kanye West recently announced he's running for president in 2020, but his odds of winning the Nobel are measly 500-1.