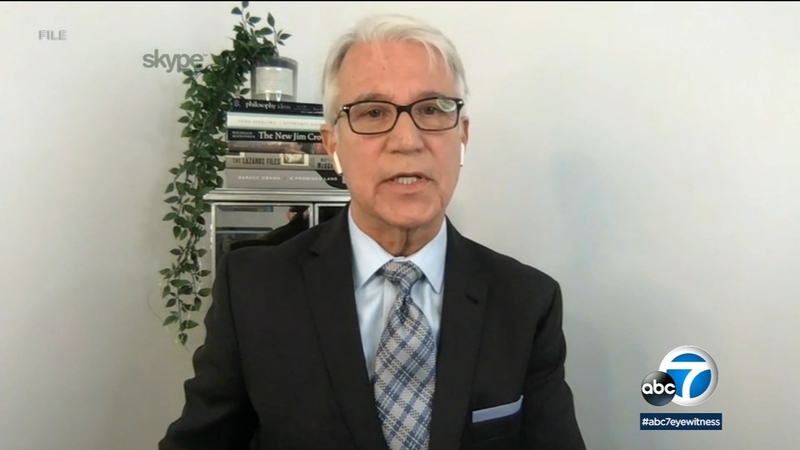 At issue are statements made by Gascon and his staff that Hatami says were aimed at him. The complaint alleges Gascon went on a podcast before the election, talking about how his staff may react to his policy changes. He said, "Some people will be unhappy and like either become internal terrorists or they'll leave. And I know certainly how to deal with both."

Hatami, who comes from Middle East descent, says calling him a terrorist is racist and discriminatory.

"I am not a terrorist," Hatami said at a news conference in front of the Hall of Justice in Downtown LA.. "No deputy DAs are terrorists."

In reference to the Gabriel Fernandez case, Gascon told a local news organization that the man accused of torturing and killing the boy rubbed the prosecutor the wrong way, and that the prosecutor sought the death penalty in retaliation. Hatami called that claim "100% a lie."

According to the complaint, on another news outlet, Szabo, Gascon's spokesman, said in a written statement "Hatami's delusional theories raise questions as to one's fitness to practice law."

"I am not unfit nor delusional," Hatami responded.

Claypool says Gascón's statements aren't just insulting, but potentially damaging to past cases. He says attorneys representing already convicted defendants can now argue that they did not receive fair trials.

"The defense attorneys on those cases are going to be... trying to get charges thrown out because your newly elected district attorney George Gascon said that one of the best prosecutors in the country is unfit to practice law and delusional," Claypool said.

Hatami says he fears the statement will now cause problems in the Gabriel Fernandez convictions.

"I guarantee you, 100%, they are going to file that appeal," said a frustrated Hatami.

Gascón's office tells Eyewitness News it does not comment on pending litigation. Los Angeles County and Szabo, both named in the lawsuit, also declined to comment.

"I want him to get out here in front of all you all on TV and say 'I am sorry. I am sorry to Jon Hatami. He is not delusional. He is not unfit.'"
Report a correction or typo
Related topics:
los angeles countygeorge gasconlawsuit
Copyright © 2022 KABC Television, LLC. All rights reserved.
TOP STORIES
3 killed, at least 6 injured in multi-car crash in Winnetka
Heat from Woodland Hills building fire detected from space, NWS says
16-year-old girl wounded in Long Beach shooting
Newsom targets GOP in Florida ad: 'Join us in California'
Man killed in Jefferson Park shooting after intervening in argument
Jayland Walker was unarmed when 8 Ohio officers opened fire on him
Travis Barker, Kourtney Kardashian break silence about hospitalization
Show More
Hip-hop dance icon Bruno 'Pop N Taco' Falcon dies at 58 in SoCal
Burger King worker goes viral; more than $320K raised on GoFundMe
More than 670 pounds of illegal fireworks collected at buyback event
4th of July fireworks in Southern California: Where to watch
3 dead, 3 critically wounded in Copenhagen shopping mall shooting
More TOP STORIES News