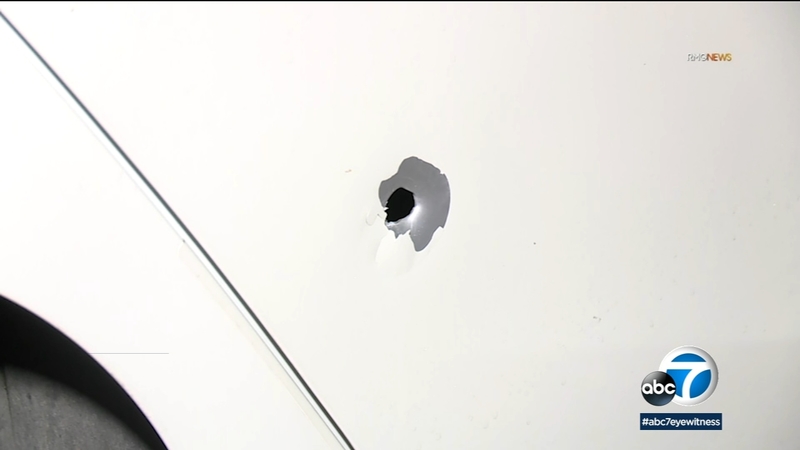 DOWNTOWN LOS ANGELES (KABC) -- Two cars were struck by bullets on the 110 Freeway in downtown Los Angeles, leaving one person injured, and the shooter was at large Saturday morning.

A driver called 911 at 9:25 p.m. Friday to report a shooting on the freeway south of Ninth Street and was trying to find a hospital after exiting the freeway, according to the California Highway Patrol.

The caller drove back to the area of the shooting and met with officers, telling them three shots were fired at his vehicle at two different locations, the CHP said.

Officers at the scene found two additional victims standing by for medical attention, one who was struck by a bullet in the right shoulder, the CHP said.

Photos of the victim's vehicles were taken and they were impounded for evidence.

Police are still trying to determine where the shots came from. One victim has video footage of the incident, the CHP said.

No descriptions of the suspect vehicle or shooter were available.