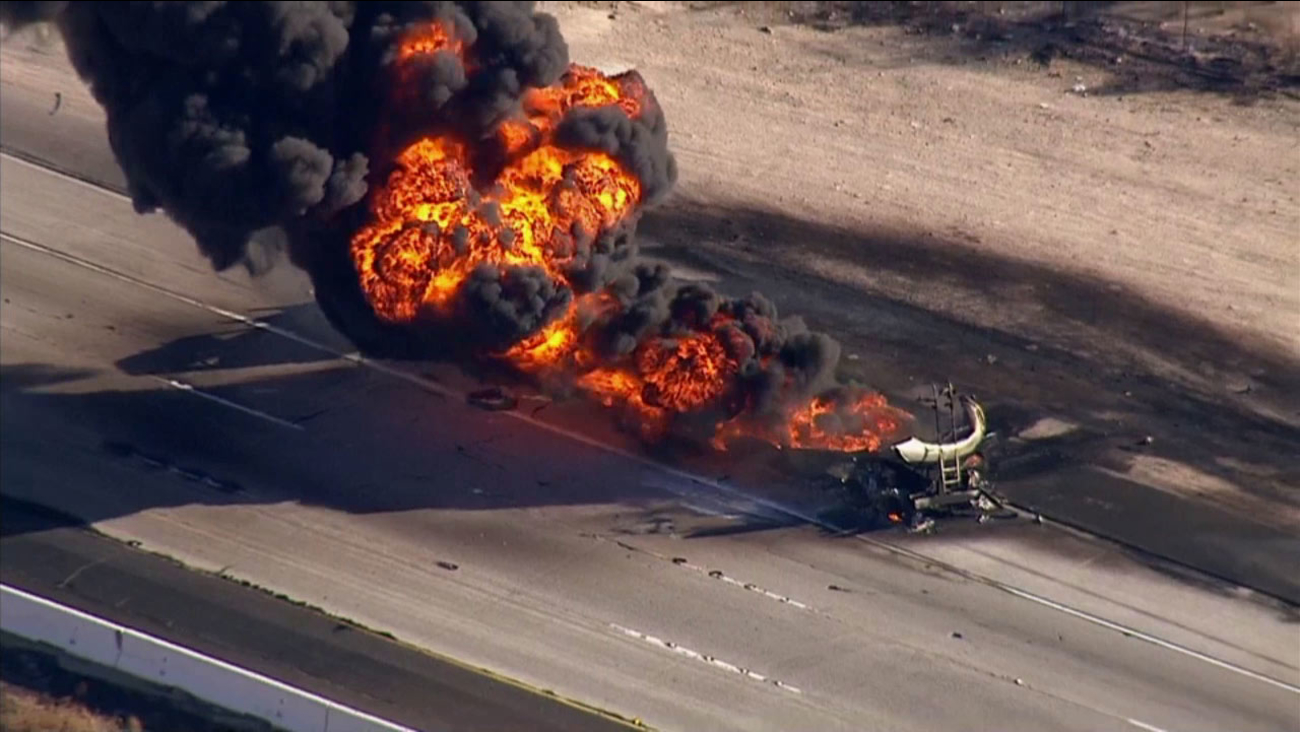 The blaze, which started as a tire fire, was reported shortly after 1 p.m. north of Nichols Road. Officials said the tanker was carrying 8,700 gallons of fuel when it caught fire.

Fortunately, the driver was able to escape without injury after he pulled over onto the right shoulder of the freeway.

An ABC7 viewer shared this image of a fuel tanker that caught fire on the southbound 15 Freeway in Lake Elsinore on Tuesday, Dec. 1, 2015.

The California Highway Patrol initially shut down both directions of the freeway as crews attempted to get the fire under control. The fire was knocked down around 3 p.m., and the northbound lanes were reopened, but traffic remained sluggish in the area.

A hazardous materials crew worked to cleanup the site after the fire was knocked down. Authorities assessed the damage to the freeway, which would take hours to repair.
Related topics:
riverside countylake elsinorefiretruck firecar firetraffic accidenttraffic delay
Copyright © 2021 KABC-TV. All Rights Reserved.
More Videos
From CNN Newsource affiliates
TOP STORIES