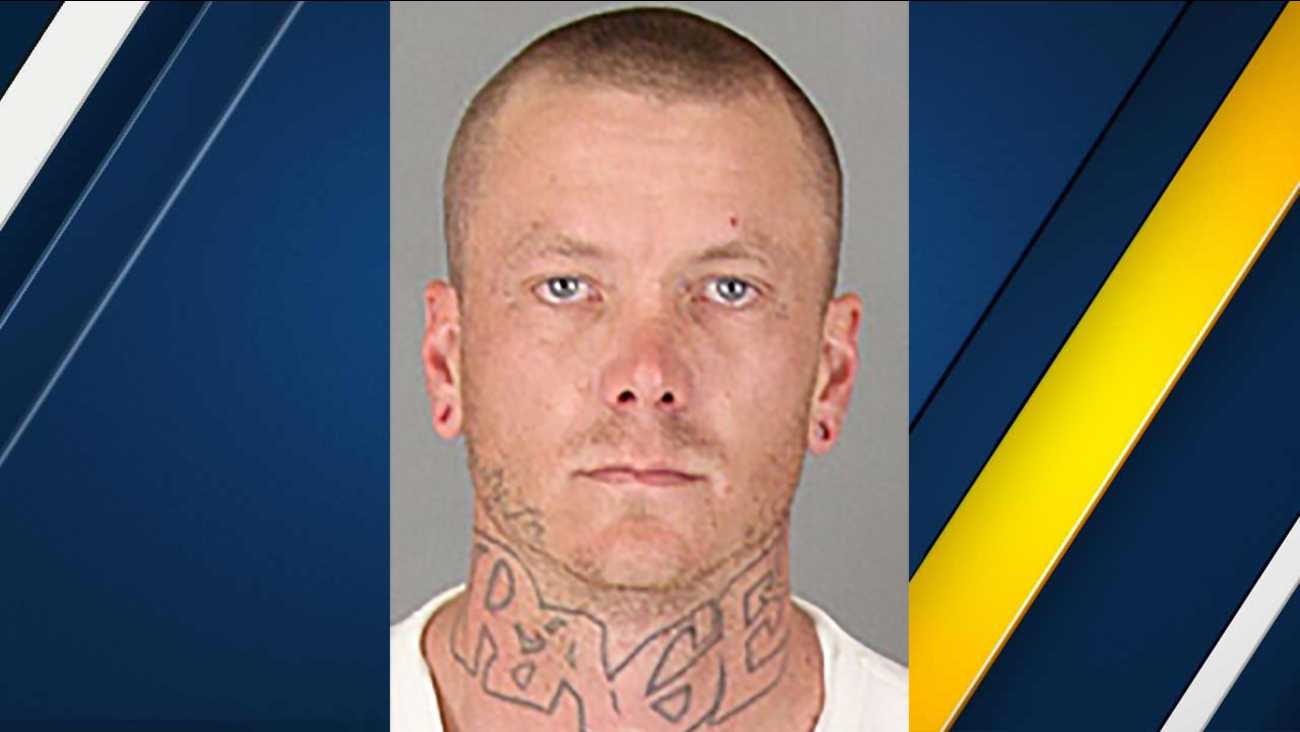 Tyler Trotter, 27, of Lake Elsinore was arrested Tuesday, Jan. 19, 2016 in the area of Main and Poe streets for attempted robbery and negligent discharge of a firearm.

LAKE ELSINORE, Calif. (KABC) -- A Lake Elsinore man who attempted to steal merchandise from a Walmart and then pulled a gun from his waistband and fired one shot into the air as a loss prevention officer attempted to detain him has been arrested.

Tyler Trotter, 27, was arrested Tuesday in the area of Main and Poe streets and booked for attempted robbery and negligent discharge of a firearm.

Lake Elsinore police say they responded to the retail store in the 31000 block of Grape Street on Jan. 1 following reports of gunshots in the area.

Upon their arrival, they learned a loss prevention officer had attempted to detain Trotter in the parking lot. That's when he dropped the stolen merchandise, pulled a gun out of his waistband and fired one shot into the air. Trotter fled the parking lot in a vehicle which had been parked nearby.

No one was injured during the incident. With help from witness statements and surveillance video, investigators were able to identify Trotter as the suspect and arrest him. He's now being held at the Southwest Detention Center in Murrieta.

The investigation is ongoing. Anyone with information on this case was asked to contact Investigator Carranza at (951) 245-3300.