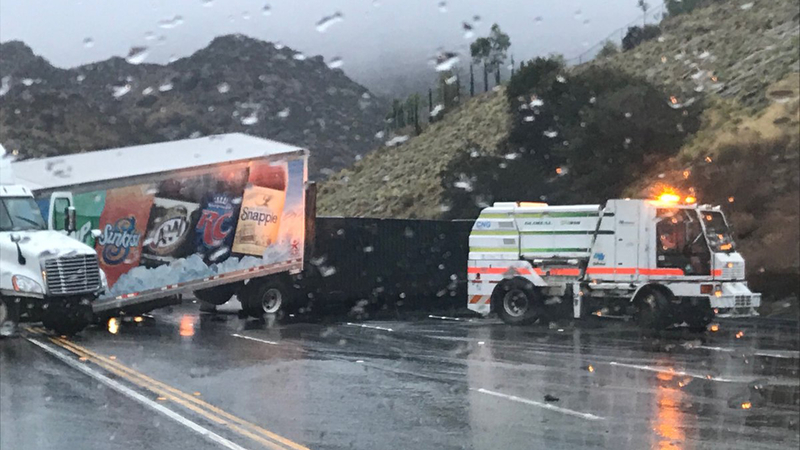 CHATSWORTH, LOS ANGELES (KABC) -- A semi-truck hauling 20,000 pounds of beverages ended up jackknifed after a crash that temporarily closed the westbound 118 Freeway in Topanga.

According to the California Highway Patrol, the collision happened about 4 a.m. just west of Topanga Canyon Boulevard. Westbound traffic was being diverted onto that street as a SigAlert was issued.

Lanes were reopened around noon, according to a tweet by Caltrans.

Firefighters who responded to the scene managed to contain a fuel spill, the CHP said.