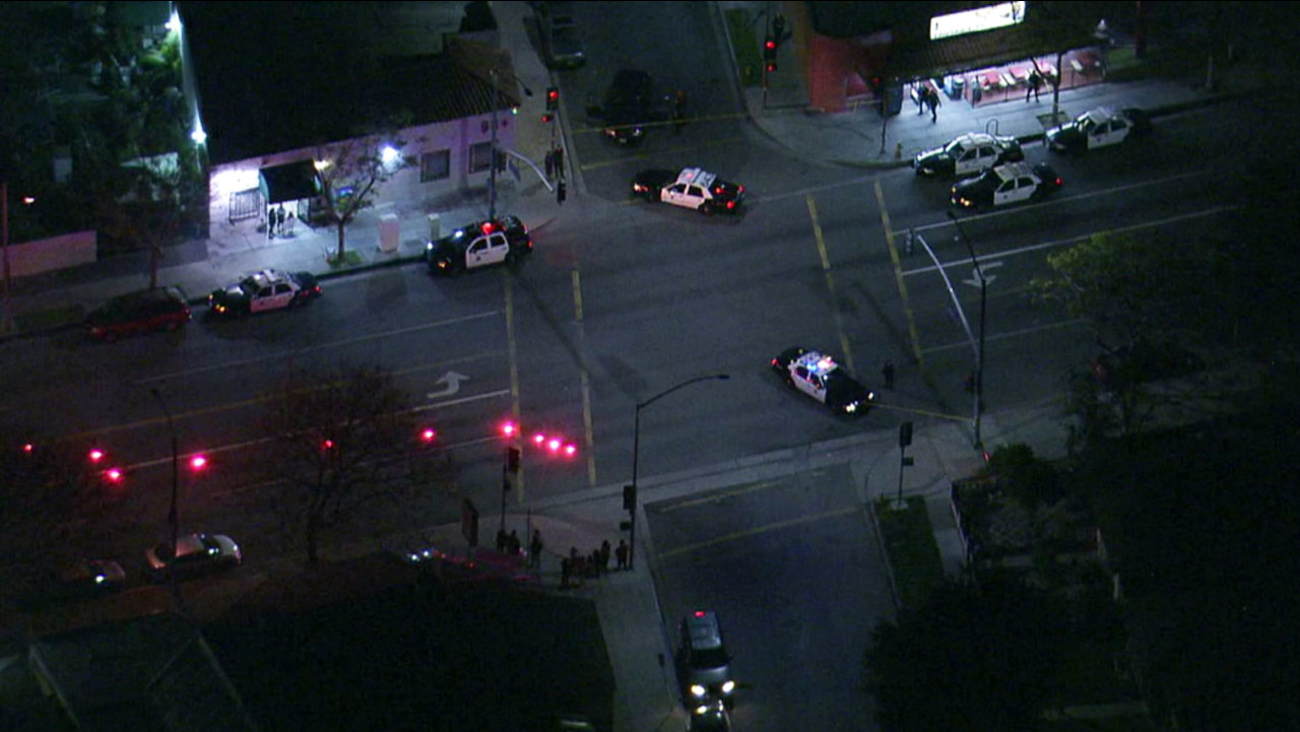 A man was killed in an officer-involved shooting during a foot pursuit in an alley near Long Beach Boulevard and 68th Street in Long Beach Friday, March 11, 2016.

LONG BEACH, Calif. (KABC) -- A man was fatally shot by Long Beach police Thursday night after he allegedly pulled out a gun during a foot pursuit.

The man was a passenger in a vehicle police were trying to stop for a traffic violation.

The driver behind the wheel stopped the vehicle, at which point both men fled from the scene on foot.

The shooting occurred as the passenger made his way into an alley near Long Beach Boulevard and 68th Street around 6:20 p.m., said Marlene Arrona, a spokeswoman with the Long Beach Police Department.

The suspect was transported to a local hospital, where he was pronounced dead. A gun was recovered at the scene. The driver of the vehicle remains outstanding.

No officers were injured. Police initially advised the public to avoid Long Beach Boulevard between Artesia and Greenleaf boulevards.

Anyone with information was asked to contact the Long Beach Police Department.