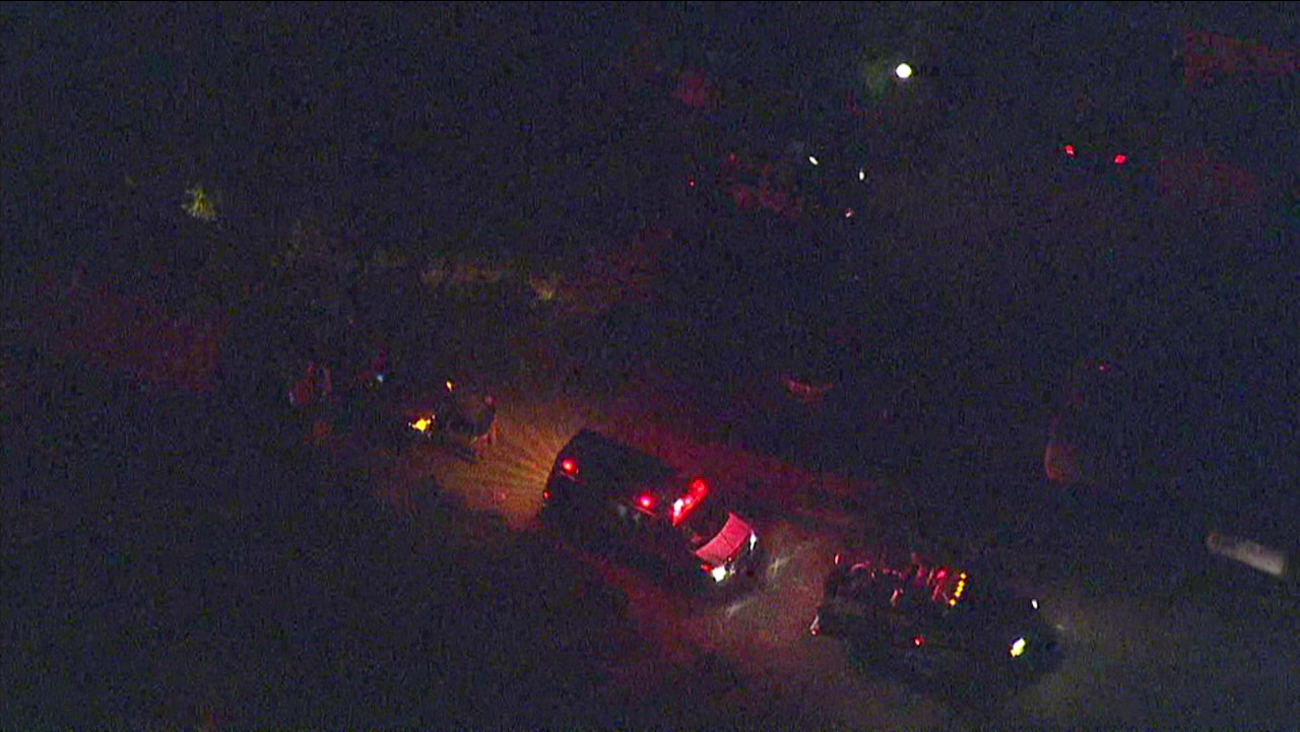 A 2-year-old girl was kidnapped at knifepoint in Sleepy Valley on Monday, March 21, 2016, according to the Los Angeles County Sheriff's Department.

SLEEPY VALLEY, Calif. (KABC) -- A toddler playing outside was kidnapped at knifepoint by a stranger north of Santa Clarita on Monday.

The Los Angeles County Sheriff's Department said the 2-year-old girl was kidnapped from the 12700 block of Sierra Highway in Sleepy Valley at about 8:30 p.m.

Deputies said the girl was playing outside her home when relatives spotted a man taking her at knifepoint.

The girl's family called deputies who responded and found the man inside a mobile home with the child.

The suspect was taken into custody and the child returned to her family.

Sheriff's deputies later identified the suspect as Thomas Dillingham, 40, who had recently moved to the mobile home park. He did not know the girl or her family, who were visiting from out-of-state, officials said.